Transmissions can be intimidating even to hardened mechanic professionals, so when they start misbehaving, it can cause stress. You might spill your coffee if your car jerks into gear while on the move. Worse, you might not be able to go get that cup if your car refuses to go into gear at all.

The good news is that if you are experiencing these issues, it’s probably not because your car suddenly ejected a bunch of metal gears all at once. It’s probably because the TCM, or transmission control module, is throwing a tantrum.

In this guide, we’ll take a look at what issues a bad TCM can cause and how you can fix the issue. We’ll also talk about what a TCM really is and how it helps your car move.

The problems caused by a bad TCM can be broken down into three main categories. It’s important to know that the TCM is a pretty complicated little unit, and they can fail in a lot of different ways. You may experience only one of these symptoms, or you may experience all of them.

The Check Engine Light Will Be On

Since the TCM is a computer like the ECM (or ECU), it is actually pretty good at letting you know when it thinks it’s failing. When they stop working, they will generate a fault code. When a fault code is generated, the check engine light will turn on. That fault code can then be read by an OBD2 scanner, like these ones we recommend.

Modern TCMs can even do mild diagnostics on themselves and tell the computer what specific code to display. You can see an overview of the different transmission codes here. P0700 is the code that means your TCM is having a fit, so that’s the one to really look out for.

The Car Will Have Trouble Shifting

There are two ways your transmission can have trouble if the TCM fails. You will either notice that gear changes are sluggish and happen at the wrong time, or you’ll be unable to go into a new gear.

If you can’t shift at all, don’t drive your car. You can quickly stall completely and become a road hazard. Please just call a tow truck if you notice your car takes a very long time to shift.

A bad TCM won’t be communicating with the rest of the car, and it won’t “know” when to shift. That can mean you put your foot down expecting to drop a gear and accelerate, and nothing happens. It can also mean that you are just cruising down the highway, and the car randomly decides to shift down and cause your RPMs to spike.

There isn’t much danger if this is happening. It’s annoying and might cause your gas mileage to tank. However, since you will still be able to eventually get up to speed and your brakes can still stop the car, you should be able to make it to a shop without much issue.

One of the things you can do is fool the TCM by taking your foot off the gas, waiting for it to shift, and then getting back on the throttle to accelerate smoother.

Not Shifting at All

It’s uncommon, but sometimes a bad TCM will simply refuse to allow your transmission to shift. Usually, by the time the TCM has failed this badly, you will have already noticed things getting worse.

There are multiple dangers. Even if you get “lucky” and the transmission won’t shift out of third, you can still cause a problem when your car can’t make enough torque to accelerate from a stop. If you get stuck in neutral, you won’t even be able to leave your parking spot.

You can still have a TCM that’s going bad even if you don’t notice any hard or unusual shifts. The biggest way you’ll notice is that your car isn’t performing as well as it used to. It will take longer to accelerate onto the highway, and you’ll be getting worse gas mileage.

Modern transmissions are really good at managing power to keep your car as efficient as possible. A bad TCM will take longer to make adjustments. That lack of adjustment means you’ll be running sub-optimally for longer.

The average TCM will run from about 100-300 dollars, but some special models can be much more. Generally, older and more common cars will have much cheaper TCMs. Some modules can be rebuilt. You send your old module to a company, and they can refurbish it for cheaper than buying a new one.

However, unlike most components, we suggest talking to a mechanic before attempting to install a new one yourself. The computers can be downright complicated, and usually, the new TCM will need to be reprogrammed so that it can talk to the rest of your car.

The time and complexity of the job vary wildly as well, so we can’t tell you how much it will cost to have a shop replace the unit. It’s just another reason why talking to a mechanic first is your best course of action.

If you want to attempt the job yourself, you are probably already comfortable working on automatic transmissions and don’t need us to tell you how. Or, you are brave, and we admire your moxxy. Either way, be sure to keep your full-service manual handy because you will probably need it just to find the thing on your vehicle.

You’ll also want to get in touch with your local parts dealer. Make sure that they have the capability to flash a new or rebuilt TCM if you don’t have the equipment to do that yourself. Otherwise, you may have a new module and no way to get it to work with your car. 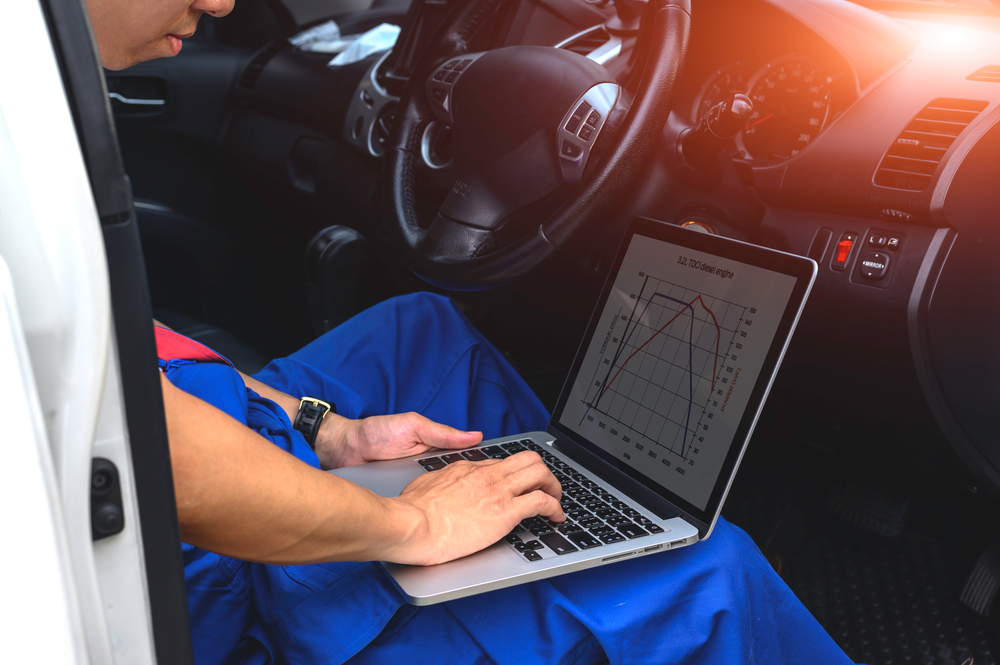 Sometimes a TCM hasn’t actually failed; it simply has an error in its coding. More advanced TCMs, and the PCMs we’ll go over in a moment, are very similar to any other computer. They sometimes have issues with their programming.

The good news is that it’s sometimes a cheap fix. A mechanic can use a computer to simply update the software in a matter of minutes, and you’ll be on your way.

All About the TCM

The transmission control module is the brain that controls your transmission, and it’s constantly talking to the other brain under your hood. It can get a little bit confusing when you talk about these computers because there are a few different components that are all the engine’s “computer.”

There is technically a difference. An ECM is responsible for everything attached to an engine, not just the engine, like the air conditioning and cruise control. An ECU only manages the engine and is a part of the ECM. However, most people will use the terms interchangeably.

ECMs use a huge variety of sensors to make calculations and determine how much air, fuel, and timing your car’s engine needs at any given time. The sensors include things like the O2 sensors, speed sensors, temperature sensors, mass airflow sensors, manifold sensors, and more. The engine control system on a modern vehicle is huge and complicated.

In contrast to the ECM, the transmission control module, TCM, is relatively simple. There are only a small handful of sensors on an automatic transmission. The TCM uses these sensors to calculate the optimal gear for your car to be in.

This is a huge improvement over older automatic transmissions that used mechanical energy to dictate what gear the car should be in. If you have ever driven an older vehicle and been annoyed at how slowly they shift, it’s because they have to rely on physical changes to the speed of the rotating parts in order to move gears. A TCM can simply tell the transmission to shift at the right time.

The PCM, or powertrain control module, is both an ECM and a TCM. It’s just in charge of everything your car does. These single brain systems are more compact and often much more efficient at their job than their dual-brain counterparts. They are, however, way more expensive, and you can’t just replace half of it. That means if you have a transmission problem with a PCM, you’re buying a whole new everything, not just a TCM.

PCMs are found on some older vehicles, but generally, they are only found on new vehicles that have modern computers. The silver lining is that a modern PCM is programmable. Sometimes if you are having a problem, the only thing you need is an update, just like your cellphone. 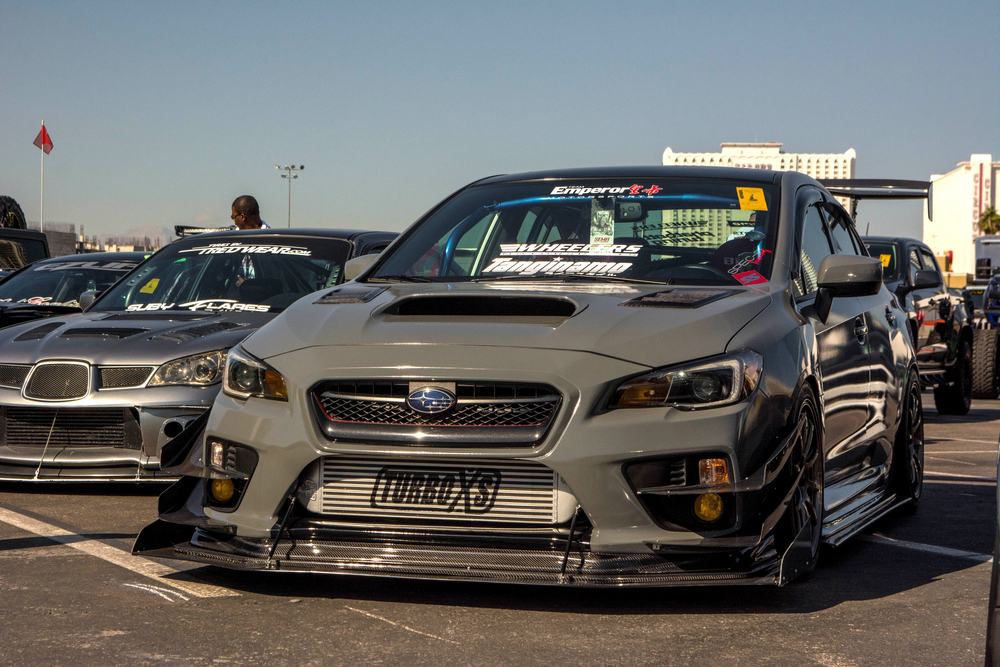 In the performance automotive world, it’s common to come across dedicated aftermarket computers for engine management. The MegaSquirt is one of the most common ones, and you’ll have seen one if you have spent any time around Miata racers.

Stand-alone computers usually void warranties and are a bit of a risk unless you get them from a reputable location. However, they are very important for getting more power out of modern vehicles.

Tuners are people who tweak the ECU, PCM, or TCM to make a car faster. When you hear people refer to “tuning” or performing a “dyno-tune” they are talking about changing the computer’s programming to make a car do something that, usually, the factory doesn’t want the car to do.

Usually, it means adding more fuel via the ECM to sacrifice fuel economy for horsepower. However, it is possible to alter the TCM to shift more like a race car. You may tune it to shift sooner so that you can maximize your gear ratio or shift later to spend more time in the red.

Having a transmission that jerks you around can take all the fun out of driving. That is if it will let you drive at all. We hope this guide helps you get back to smooth shifting and easy driving.