Unfortunately, engine mounts can fail and ruin your day. In this article, we’re going to look at the issues caused by failing engine mounts. We’ll talk about what they are and what your replacement options are, and finally give you some steps to follow if you want to replace the mounts yourself.

Most of the symptoms of a bad mount have to do with how the car feels while you drive it, so your feet and hands are your best diagnostic tools. The car will feel a little wrong. It will feel like there are disconnected parts, and you’ll feel less confident when you accelerate. The car may hesitate a little bit, and the steering wheel may jerk around.

There are some other symptoms that you can be on the lookout for, too. If you prefer visual references, this video on YouTube does a great job showing what happens when a mount has gone bad. Those severe engine movements are harmful to the motor.

A bad engine mount or engine mounts probably won’t ruin your car immediately. Most engine mounts are designed in such a way that even if they fail completely, your engine can’t free itself or anything like that.

However, over time, the broken mounts can cause other engine damage. The violent shaking and rattling can cause fragile parts to break and can weaken metal parts over time. That includes metal parts attached to the transmission, which can be very expensive if they break.

In addition to being annoying and potentially engine damaging, bad engine mounts will rob you of performance. If your engine is wasting energy twisting around, it isn’t putting as much energy as it can into driving the wheels.

We’ll go over it in a moment, but one of the biggest reasons to replace engine mounts, even before they go bad, is to upgrade them to a harder compound that absorbs less energy. That gives more energy to the tires and improves the feedback to the steering wheel.

You sacrifice some comfort since more vibration is going into your wrists, but that’s worth it to people who want as much power as possible.

All About Engine Mounts

Engine mounts are fairly simple. Usually, they consist of a couple of brackets, a big bolt, and a bushing. The bushing is what gives the engine mount its properties and what differentiates different levels of engine mount.

Think of the bushing as a little suspension component for your engine. They squish and absorb some engine movement so that you are more comfortable inside the cabin. When they begin to wear out or get destroyed, the engine can move a lot more than it’s supposed to.

The following types of engine mount are the ones you are most likely to come across. If you are replacing your engine mounts, you may have a choice of materials depending on your car. 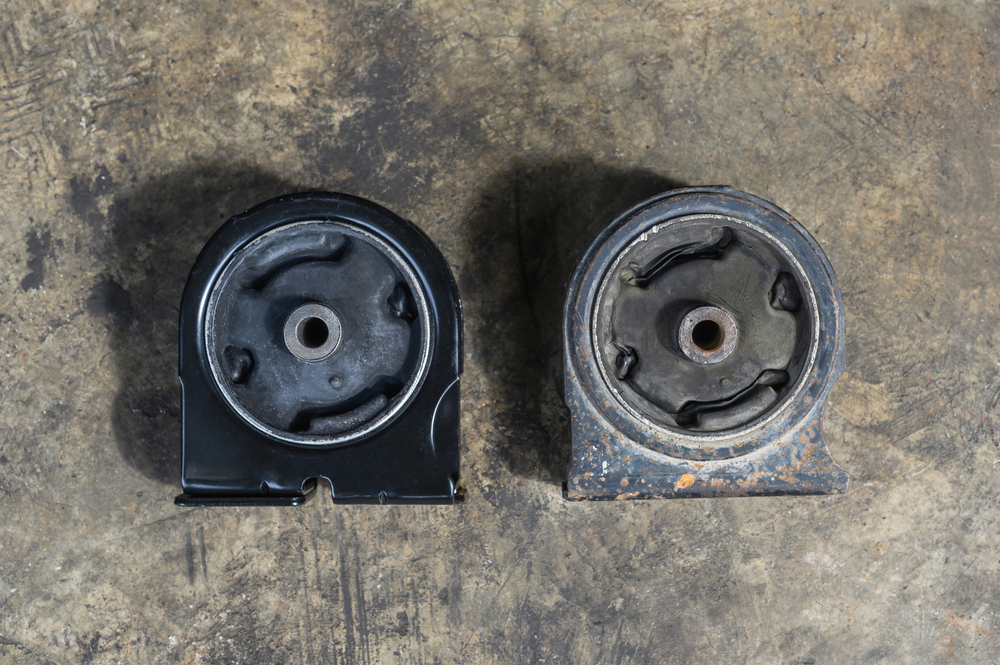 Rubber is fairly squishy and is the most comfortable way to mount an engine since it will absorb a lot of the vibrations. The downside is that you will lose a little bit of performance since the mounts will absorb some energy meant for the wheels.

Polyurethane mounts are much harder than rubber mounts, but they still have a little bit of play. They are a good compromise between comfort and performance and can regularly be found on modified cars.

Solid mounts, sometimes called metal or rigid mounts, are simply chunks of metal that bolt the engine directly to the chassis. Without a bushing to absorb vibrations, the power will be transferred as efficiently as possible to the drive wheels. You’ll find solid mounts in race cars and other purpose-built vehicles.

The downside is that you can harm the motor. Some play is beneficial for safety and not just comfort. Imagine bending a dry stick vs. bending a small branch that’s still on the tree. The dry twig has no flexibility, and it will break if you stress it.

Hydraulic mounts are usually only found on luxury vehicles because they are very expensive compared to other mounts. Instead of a hard bushing, hydraulic mounts function more like a water balloon. They have a rubber bladder filled with fluid that can absorb vibrations easily but is fairly hard to compress, so the power loss is minimal.

The biggest downside to hydraulic mounts is that they can leak. Even a small leak will cause these mounts to fail, and it can be very messy to clean up on top of that.

Electric mounts are probably the rarest mount you will encounter. Electric mounts use controllers to constantly adjust the hardness of the mount. They can do really advanced things like actively pushing against shake for comfort, locking down when accelerating, and sending information to the PCM for diagnostic purposes.

They are really expensive, though, and very complicated. That means there are many parts that can fail, and when they do, it’s not a simple replacement like it is with other types.

How to Replace an Engine Mount

If you have all the symptoms of a bad engine mount or just want to improve your acceleration, there are a handful of steps to take to replace your mounts. It’s something that most people can do; however, there are some specialized tools you need to own. 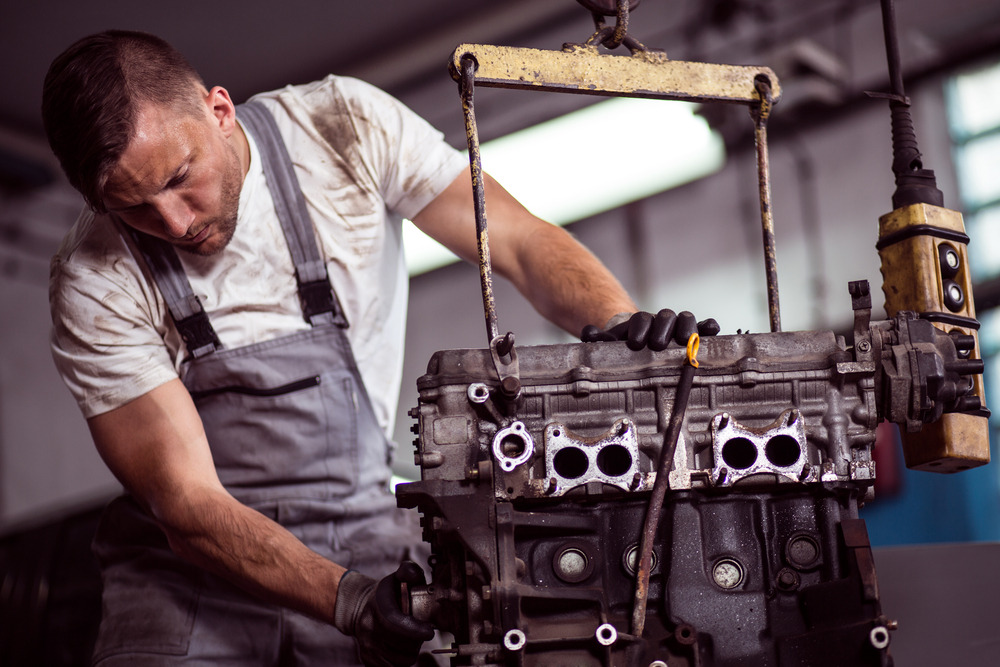 You can watch the entire process on this video where the host replaces the mounts on an older Miata.

There are thousands of different vehicle designs, and no two are the same. So your specific process can vary wildly. Still, this step-by-step removal guide can get you headed in the right direction and at least let you know what you are in for.

Paying a Mechanic Instead

If you don’t have a way to support the motor, or you don’t have the space to do the work yourself, you can take the car to a mechanic instead. You’ll want to call the shop before you take your car in so they can have the parts ordered ahead of time.

If you’re shaking a martini, you might be serving a secret agent. If you are shaking a motor, you might be in for expensive repairs. Don’t let your motor shake; let this article inspire you to replace bad motor mounts and get back on the road in comfort.