The idle air control valve is a little-known engine component that usually does its job quietly and without any complaints. However, over time the valve may not function properly, causing some unwanted motoring gremlins to appear.

In this article, we’ll be looking at everything you need to know about idle air control valves. We’ll explore the main causes and symptoms of a faulty valve and look at what your options are when it comes to fixing it.

How do you know if something is wrong with your idle air control valve? There are several key things to look out for. It is worth noting that these symptoms can be caused by other problems with the engine. Having one or more of these symptoms doesn’t necessarily mean that the idle control valve is faulty. 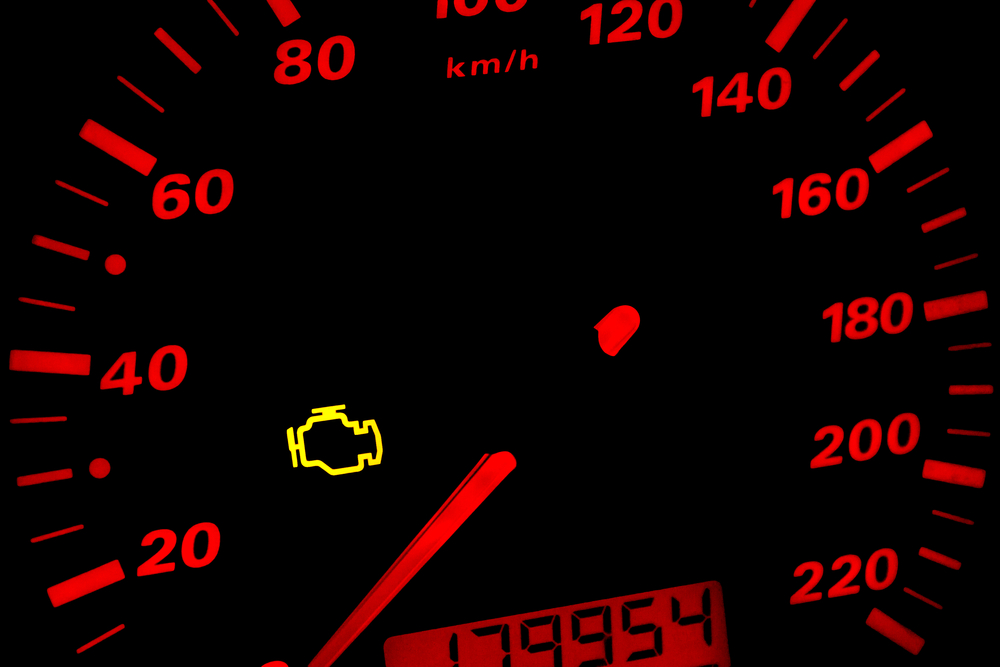 Your vehicle’s ECU will detect that something’s wrong with the air-fuel ratio caused by a bad idle control valve. You’ll see an illuminated check engine light (CEL) on your dashboard, in addition to some of the other symptoms listed below.

As mentioned previously, an engine should idle smoothly between 500 and 1,000 RPM. One of the most common symptoms of a bad idle control valve is erratic idling, usually caused by a sticking valve.

You’ll be able to see any erratic idling on your rev counter with the needle moving up and down. You may also hear the engine revs continually changing if you listen closely.

If the idle control valve isn’t working correctly, the right amount of air may not get to the engine. This can cause the engine to stall, as the combustion process can’t take place.

This is most likely to happen when sitting at traffic lights with the engine idling.

As with the previous point, if there’s not enough air, the engine may not start at all. A non-starting engine can be caused by many things, including a flat battery, so be sure to rule out other causes first.

If the battery is flat, other symptoms are usually present, such as a clicking noise or no lights on the dashboard.

Misfires are another potential symptom of a bad air idle control valve. Misfires happen when there’s not enough air and fuel in the cylinder, causing incomplete combustion in the cylinder.

You may also experience backfires, which are similar to misfires. A backfire occurs when the combustion takes place in the intake rather than in the cylinder.

You’ll know when your engine is misfiring or backfiring. Typical symptoms include less power from the engine and a decrease in fuel economy. Plus, you may experience unusual vibrations and sounds coming from the engine.

What Is an Idle Air Control Valve?

Before we look at how to fix the valve, let’s briefly look at what an idle air control valve is and what it does.

An idle air control valve, also known as just an idle control valve, is what it says on the tin; it’s a valve that controls the flow of air to the engine while it’s idling. It’s essentially a motorized valve that opens and closes when asked by the vehicle’s engine control unit (ECU). 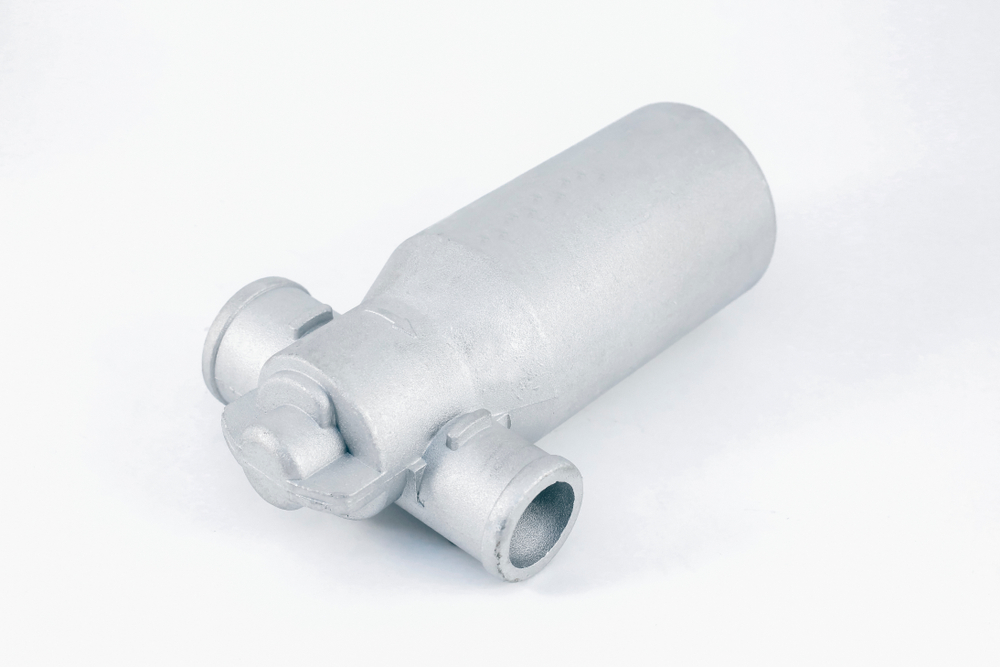 An engine will typically idle at between 500 and 1,000 revolutions per minute (RPM). This number may be slightly higher or lower, depending on the engine manufacturer and engine load.

How Does an Idle Air Control Valve Work?

The idle control valve receives a signal from the ECU to open and close as needed. The ECU monitors many variables, including the ambient temperature, the air-fuel ratio, and the engine load, amongst other things.

Once it detects that higher revs are needed at idle, it signals to the idle control valve to open. The valve opens, allowing more air into the engine, and thus the engine revs increase.

One situation where this happens is when there’s a high demand for electrical power, caused by switching on some sort of electrical device in the vehicle; for example, the heated seats or the radio. This increase in load causes the revs to drop, so the idle control valve must open to bring the revs back to where they should be.

This ensures that the alternator provides enough power output for these electrical devices to work.

What causes an idle air control valve to go bad? Well, there are two main causes, which are as follows:

An idle control valve can become clogged up over time, causing it to stick. Air filters stop most contaminants from entering the engine, but unfortunately, some still get through.

This is especially true for engines with gas recirculation valves; the hot, oily air leaves a gunky film on the idle control valve, causing it to stick.

A stuck valve may still be able to open and close, but not fully. This can cause some of the symptoms listed further down.

As with any car component, the valve can end up failing completely. This is simply due to it becoming old and wearing out with many years of use. If the valve has failed completely, your vehicle will probably not start at all, or the idle revs will be permanently high.

If your idle air control valve has failed, you’ll need to replace it.

How do you fix an idle control valve that’s playing up? Well, depending on what’s causing it, there are two ways to fix it.

Cleaning the valve is the first thing to try. It’s cheap to do, doesn’t take long, and anybody with some basic tools can attempt the job. However, this will only fix the issue if the valve is stuck or clogged; cleaning it won’t do anything if it has failed.

In short, you will remove the idle control valve from the engine and clean it out. This can be achieved by soaking it in gasoline or spraying it with carb cleaner or WD40. This will remove any gunk that’s causing it to stick.

Once it’s clean, you need to wait for it to dry. You can use compressed air to speed up this process. Before reinstalling the idle control valve, check to see whether the valve moves freely. Some resistance is normal as most idle control valves use a spring mechanism to open and close.

If the valve has failed completely, you’ll need to replace it. Replacing the valve is relatively straightforward, but it is more costly than cleaning it. We’d recommend cleaning it first if you’re not 100% sure it’s dead.

You can purchase a new idle control valve and replace it yourself if you’re comfortable doing that. Alternatively, you can get a mechanic to do the job for you.

The entire process should only take an hour or two at most, although this will depend on how easy it is to access the valve in your vehicle. It may take longer if more parts need to be removed in order to access the idle control valve.

Here are some of the most frequently asked questions about air idle control valves.

Can You Still Drive With a Bad Idle Air Control Valve?

Yes, in most cases. However, that doesn’t mean you should. If the valve has failed completely, you probably won’t drive as it’s unlikely the engine will even start.

How Much Does It Cost to Fix an Idle Air Control Valve?

This depends on many factors, such as how much the part costs for your vehicle, whether you do the work yourself, and so on. You can generally expect to pay between $100 and $500 for a garage to replace the idle control valve for you.

What Can I Use to Clean My Idle Air Control Valve?

You can use gasoline, carb cleaner, or WD40 to clean an idle air control valve. Just be sure to not get any fluids in the electrical connections as it may damage them.

A bad air idle control valve can cause many annoying issues for your vehicle. Thankfully, these problems aren’t too serious, so they shouldn’t damage the engine. Still, you should get the problem fixed as soon as possible as it won’t magically disappear.

As we’ve seen, cleaning or replacing the air idle control valve is a relatively simple process that almost anybody can do themselves. You may discover that your idle control valve just needs cleaning, which will not cost you very much money or take you much time to do.