If your engine is running poorly, it can have a serious effect on your wallet. Pinging and poor acceleration can destroy your fuel economy, and long-term damage can make services far more expensive. One of the common causes of a poorly running engine is a failed sensor.

In this article, we will be talking about the MAP sensor. We’ll start by discussing the symptoms, then talk about sensors and computers and what they do. At the bottom of the page, we’ll walk through the steps to replace a MAP sensor.

Symptoms of a Bad MAP Sensor

A bad MAP sensor will cause a host of issues. It’s an integral part of the engine’s fuel management calculations, so most of the issues have to do with the fuel and air mixture. Before we start, there are a few terms that we need to define.

Unfortunately, many of these symptoms have multiple causes. There are many reasons that a car can be running lean or rich, and there are other sensors that can fail and cause the same result. If you have these symptoms, though, checking the manifold absolute pressure (MAP) or mass air-flow (MAF) sensor is a good first step.

The first clue that an airflow sensor is going bad will be that the check engine light will come on. In many cars, the engine light has two different modes: constant and blinking. A blinking check engine light tells you that you need to stop driving and that something is seriously wrong, while a constant light means that you should check for problems when you are able.

Generally, unless your car is running very poorly and misfiring, you will get a solid check engine light that will gently prompt you to get your engine looked at.

A common issue caused by a bad air sensor is that the engine will run poorly. When engines don’t get the correct amount of fuel, they have trouble running efficiently. That leads to misfires, lack of power, and surging. It will fail to hold idle (the RPMs will climb and fall randomly while sitting still), and it may start taking much longer to accelerate to highway speeds.

An engine running poorly can also cause your fuel economy to suffer greatly. Especially if the failed sensor is causing the car to run rich. You’ll notice that it smells like unburned fuel when you walk around the car. That unburned fuel making its way through your exhaust is part of the reason your gas mileage is dropping.

Unusual, rhythmic engine noises can occur from lean fuel mixtures. Pinging is the result of the combustion happening too soon due to excessive cylinder temperatures. It’s not harmful unless it occurs for long periods.

If your engine is pinging, the first thing you should try is running a higher octane gas. Running lower octane gas in an engine built for higher octane is a surefire way to cause pre-detonation, and it will affect your fuel economy to the point that you won’t be saving any money.

The Car Takes Longer Than Usual to Start

If the engine takes a while to start, it could be because the sensor cannot transmit the correct data for the startup. Usually, a cold engine needs more fuel to start. If it doesn’t get that extra fuel, it can make starting difficult.

What Is a MAP Sensor?

ECMs go by a lot of names. The most common is simply “the computer,” and often gets abbreviated ECU or PCM depending on the manufacturer. Technically, a PCM includes more than just an ECU, but they function the same for the purpose of this article. It stands for engine control module (engine control unit,  powertrain control module) and what it does is calculate things. Things like when the spark plugs should fire and how much fuel should be added. 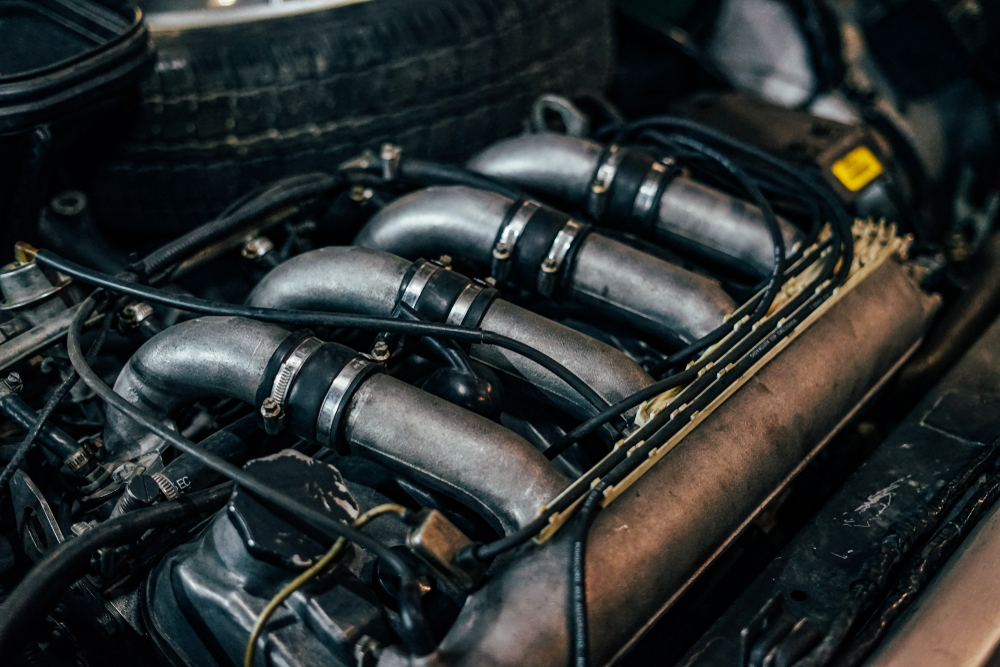 On most vehicles equipped with a MAP sensor, it is fairly simple to replace the sensor itself. It’s a project that most people are capable of tackling in a few hours using only hand tools.

The following steps are all that are necessary for replacing a MAP sensor.

Determine if Your Vehicle Has One

The first step is to determine if your vehicle has a MAF sensor or a MAP sensor. Some cars may have both. The easiest way is to do a quick google search for your make and model of car and airflow sensor. Chances are good that the first pages will be titled with either “… MAP sensor …” or “… MAF sensor ….”

MAP sensors cost between $10 and $200. Your car’s make and model, combined with whether or not you have to special order the sensor, will greatly affect the price. Vehicles like the new Subaru Outback have a very specialized sensor that costs over 200 dollars and they must be ordered from Subaru.

Meanwhile, GM products tend to have very inexpensive parts that are available anywhere. Cheap sensors that are available on Amazon like this one for older GM vehicles are perfectly fine. The best thing to do is to simply google the part you are looking for. The first entries will give you a good idea of what you can expect to pay.

Even if you don’t own a service manual that can simply tell you the location, the sensor is easy to find. First, find your air filter. Then trace back the tubing from the air filter to the intake manifold. On most cars, it looks like a bunch of metal or plastic tubes going into the motor. Somewhere on that intake manifold will be a few wires going into a black plastic box that’s about the size of a 9v battery. That’s the sensor.

Undo the connection to the sensor. You may need to gently wiggle the connector back and forth while depressing the clip with a screwdriver. Be careful with these plastic connectors, especially on older vehicles. They are very easy to break since the heat of the engine can make plastic very brittle over time.

Spraying a gentle degreaser and wiping up around the area can help prevent debris from falling into the engine. It will also make things like bolts and clips easier to find. Cleaning the area you are working on in an engine bay is just a good habit no matter what you are doing.

Some sensors are simply held in-place by friction or a small spring, while others may have a bolt or two holding them in place. Try to avoid getting dirt or oil in the hole where the sensor used to be. Anything dropped into the hole will go straight into the motor since you are beyond all the filters.

Place the New Sensor and Plug It In

When you push the new sensor in-place, make sure it is seated down fully. On vehicles that have both a MAF and MAP sensor, you may need to drive around for a while before the computer “learns” to adapt to the new sensor.

If you don’t feel comfortable or don’t have time to do it yourself, a mechanic should be able to do it in less than an hour. Hourly rates where you live might be wildly different, but you can expect to pay between 100 and 300 dollars in general. It will probably be about 50-250 dollars for the new sensor since they will mark it up, and between 75 and 150 dollars for an hour of the technician’s time.

MAP sensors are an engineering marvel, and they are integral parts of your car’s motor. If they fail, the lack of efficiency can be both annoying and dangerous. We hope this guide helps you solve the issue so that you can know that your car is breathing as well as it can.