A car alarm is an excellent piece of technology. It does its job pretty well and ultimately deters thieves from breaking into your car. Without having an alarm system, there’s a much greater risk of your car being stolen.

That said, a car alarm is not so great when it keeps going off. The sound can be quite alarming (pardon the pun), especially if it goes off in the middle of the night. Not only is your sleep disturbed, but it’s also downright embarrassing. To top it off, your neighbors won’t be pleased either.

In this article, we’ll explore everything you need to know about car alarms and why they go off. If you’re looking for solutions, be they permanent or temporary, we’ve got you covered.

How Do Car Alarms Work?

We won’t teach you to suck eggs here, but it is worth having a brief understanding of how car alarms work. By knowing how they work, you’ll be in a better position to discover the cause and get it fixed.

The first car alarms were invented back in 1913, and they’ve come a long way since then. Today’s alarms use a wide array of sensors to detect movement in and around a vehicle. These sensors are activated when a vehicle is locked using the key or key fob.

There are many different types of sensors in various locations around the car. Some of these sensors will activate the alarm when somebody gets too close to the vehicle or when they try to open a locked door. Others detect sudden impacts, such as somebody hitting the vehicle, or vehicle movement, like when the car gets towed away.

Internal sensors detect movement inside the car when the alarm system is active. If somebody smashes a window and jumps in, you best believe the alarm will go off.

Why Does My Car Alarm Keep Going Off?

We now know that sensors play a crucial role in setting off a car alarm. Can’t we just pin all the blame on them? No, not quite. While they may be the culprit, several other causes can trigger the alarm.

We’ve listed the six most common causes below.

It’s pretty obvious what the key fob does; it locks and unlocks your car. It’s also required to start the car. But a key fob isn’t just a physical key; it also contains important electronics linked to the car’s alarm system.

When you unlock a vehicle and put the key into the ignition, the key fob and the alarm communicate with each other to deactivate the alarm system. A faulty key fob may not communicate correctly with the alarm, meaning it won’t deactivate it.

The first thing to check is the key fob’s battery. It’s quite common for the key fob to play up when the battery is low or dead. Replacing the battery in a key fob is cheap and only takes a couple of minutes to do.

If that doesn’t work, then there may be a more serious issue with the key fob, in which case it may need to be reprogrammed by a specialist. A key fob specialist or a car dealership will be able to sort this out for you.

Most modern cars have a hood latch sensor that detects anybody trying to force the hood open. It’s quite common for this sensor to become dirty from all the dust and grime collected over many years of driving. When it’s dirty, it can cause the alarm to go off randomly.

To solve this issue, you simply need to clean the sensor. After you’ve located it, you can give it a quick wipe, which will hopefully solve the problem. It is also worth checking that the hood closes properly, as the sensor may trigger the alarm if it doesn’t. 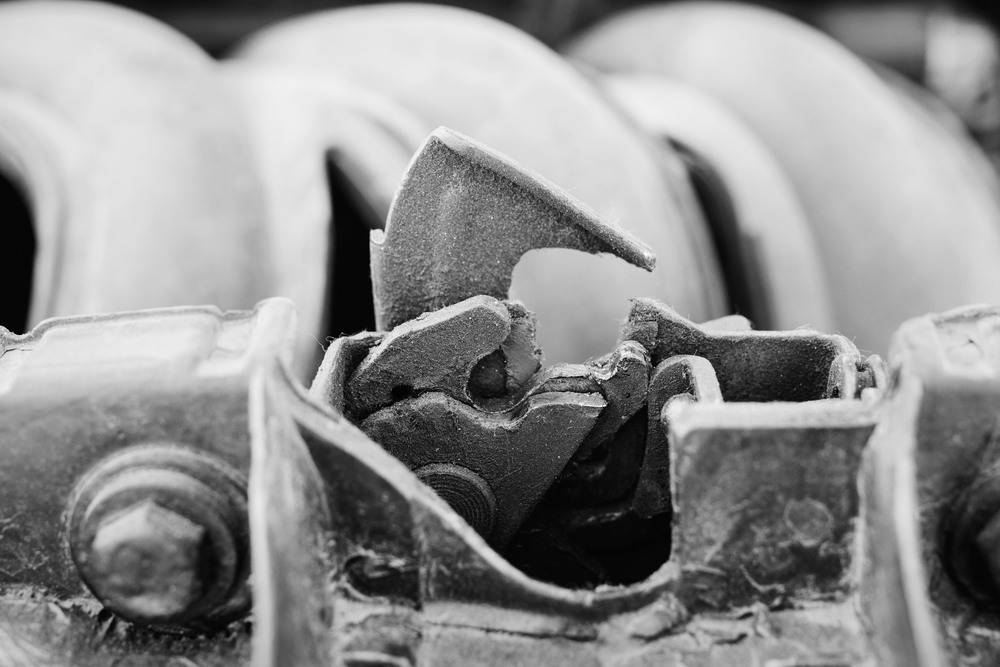 This shouldn’t apply to you if your car has a standard factory-fitted alarm. However, many cars these days have aftermarket alarm systems, which tend to be more sensitive than standard alarms.

If you do have an aftermarket alarm system, it may not be installed correctly. This could be because of a small mistake made by the company that installed it.

In this situation, it’s best to contact the person who installed the alarm, especially if it’s still under warranty. They will be able to quickly find and rectify the problem.

Overly sensitive shock sensors can cause the alarm to go off, even if it’s just a cat brushing past your car. Sure, cats can be conniving, but they’re not known for grand theft auto.

Shock sensors are typically located inside a small control box, which can be found inside the dashboard on the driver’s side. They’re always hidden out of view so that thieves can’t get to them easily, so it may take a bit of digging to find them. If you have trouble locating the shock sensors, take a look at your vehicle’s owner’s manual.

Once you’ve found them, there should be some sort of dial that can be used to adjust the sensitivity. It may take a bit of tweaking to find the right setting, but it’s worth it to stop the noise.

Interestingly, car batteries can mess with the alarm system. If the battery is low on charge, it can cause the alarm to go off for no reason. That’s because the alarm needs a certain amount of voltage to operate correctly.

You can quickly check your car’s battery level using a voltmeter. The fix is pretty easy, too; you can charge the battery with a trickle charger or replace the battery if it doesn’t hold any charge.

If you’ve checked the battery’s charge and it’s fine, then you should check the condition of the battery terminals and connections. If they’re rusted or corroded, they may be stopping the correct voltage from reaching the alarm.

If that’s the case, you just need to disconnect the battery and clean the terminals. You don’t need any fancy cleaners; water and baking soda will do the job. Scrub the terminals thoroughly until they’re clean, then dry them off before reconnecting the battery.

Temporary Solutions to Stop the Alarm Going Off

We know just how annoying it is when your car alarm keeps going off. If you’re stuck for time or unable to fix the problem right away, we have some temporary solutions for you to try.

These solutions are only a short-term temporary fix. Don’t leave your alarm disabled for long periods, as it’ll make your car less secure and easier to steal.

Removing the fuse for your car alarm will stop it from triggering. The fuse will be located in a fuse box somewhere, possibly inside the car, although it may be inside the engine bay. You should check the owner’s manual of your vehicle to find out where it is.

Once you’ve found the fuse, remove it and keep it in a safe location. It’s worth trying a replacement fuse if you have one, just in case the current fuse is causing the issue. If that doesn’t help, just remove it until you get the system looked at by a specialist. 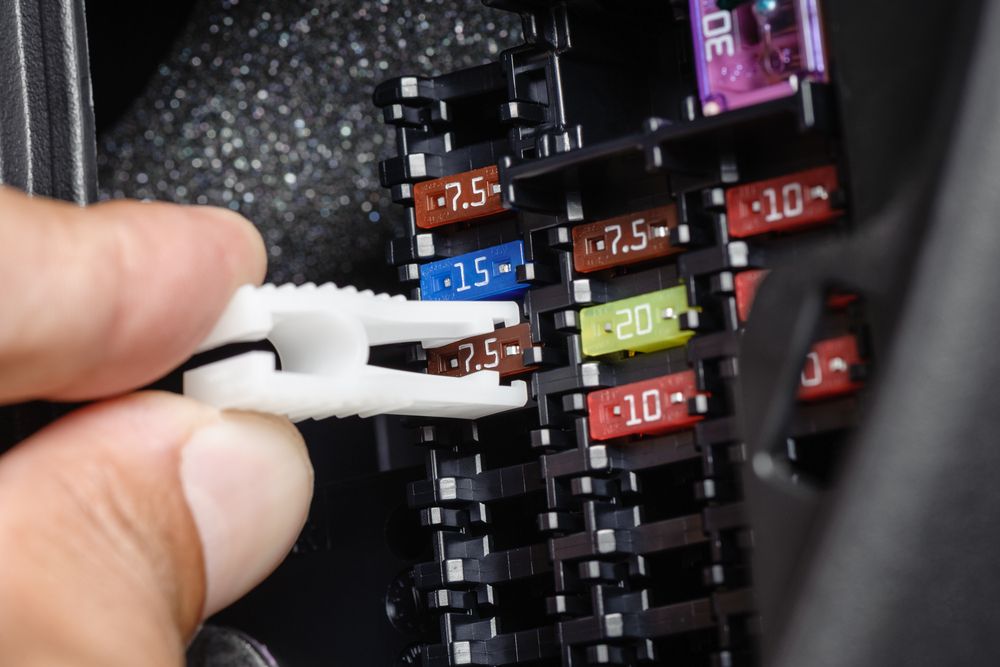 You can reconnect the battery at a later time when you need your car. Disconnecting it may also reset some of the car’s electronic systems, which may solve the issue, rather than just being a temporary fix.

Again, this is a temporary solution that should only be done until a specialist can take a look and get to the root of the problem.

This is a simple yet effective solution. Keeping your car unlocked will disable the alarm system and prevent the alarm from sounding. Make sure you open and close your doors after unlocking, as some cars will automatically lock again after a short time.

This isn’t ideal as anybody can open the doors and get in. We’d only suggest doing this if you can keep an eye on your car. Also, remove any valuables and take them with you.

Having your car alarm go off can be an annoyance and an embarrassment. As we’ve seen, there are plenty of reasons why this happens. Some of the potential fixes are much cheaper and easier to carry out than others, so we’d always recommend starting with those first before moving onto the more expensive and difficult ones.

You, and your neighbors, needn’t suffer from your car alarm going off. A temporary fix may be worth trying for some relief. However, you should get the problem fixed permanently to ensure your car stays secure.

Of course, in some cases, there’s nothing that can be done; the car alarm itself will need to be replaced. If you find this is the case, you may wish to check out our guide to the best car alarms available.