Modern cars are really efficient, which is great for those of us that love performance and saving money on fuel. Unfortunately, that efficiency comes at a terrible cost; modern cars are incredibly complicated. The average engine is a maze of wires, vacuum lines, and hoses that are all connected to different systems. When one of those systems fails, it’s like throwing the proverbial cog into the gears.

The exhaust gas recirculation (EGR) system is one of many systems that keep your car running efficiently, and at its heart is the EGR valve. When it fails, it can cause sputtering, poor fuel efficiency and will cause you to fail smog inspections. We’ll go over the symptoms and solutions in this article. First, though, what does an EGR valve even do?

What an EGR Valve Does 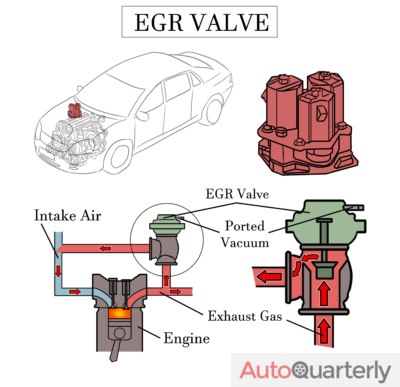 The EGR valve itself can either be open or closed. Old motors used vacuum systems to open and close the valve, but modern engines have valves controlled by the engine’s computer.

Knowing what it doesn’t clarify much, though, because it seems really counterintuitive. Typically, you would assume that you don’t want to put the exhaust back into the engine.

Why EGR Valves Are Necessary

The short answer is that by introducing small amounts of exhaust into the combustion chamber, your car runs more efficiently during startup.

The long answer is that when a car sucks in air, most of that air is nitrogen because most of our atmosphere is nitrogen. Nitrogen and oxygen fuse into NOx when they get too hot, something that can happen inside a motor at low RPMs or when the motor is cold. NOx is the product of an incomplete burn, which means your car is making less power. Plus, it’s really bad for the earth.

Adding a small amount of exhaust into the combustion chamber while the car is warming up causes a colder combustion. This more complete combustion uses up the oxygen, which is both more efficient and prevents the oxygen from fusing with the nitrogen.

Exhaust gases contain a lot of particulates in them, and those particulates can build up and clog the valve. It’s easy to picture the EGR valve like a water valve for your garden. You open it from time to time to water your plants, but sometimes salt or other minerals can build up and make it difficult to open. Over time, it may even drip because you can’t shut it completely.

It is somewhat rare, but an EGR valve can fail because the solenoid inside the valve malfunctions. Electronics always carry some risk of failure; that’s just the nature of dealing with electricity.

Symptoms of a Bad EGR Valve 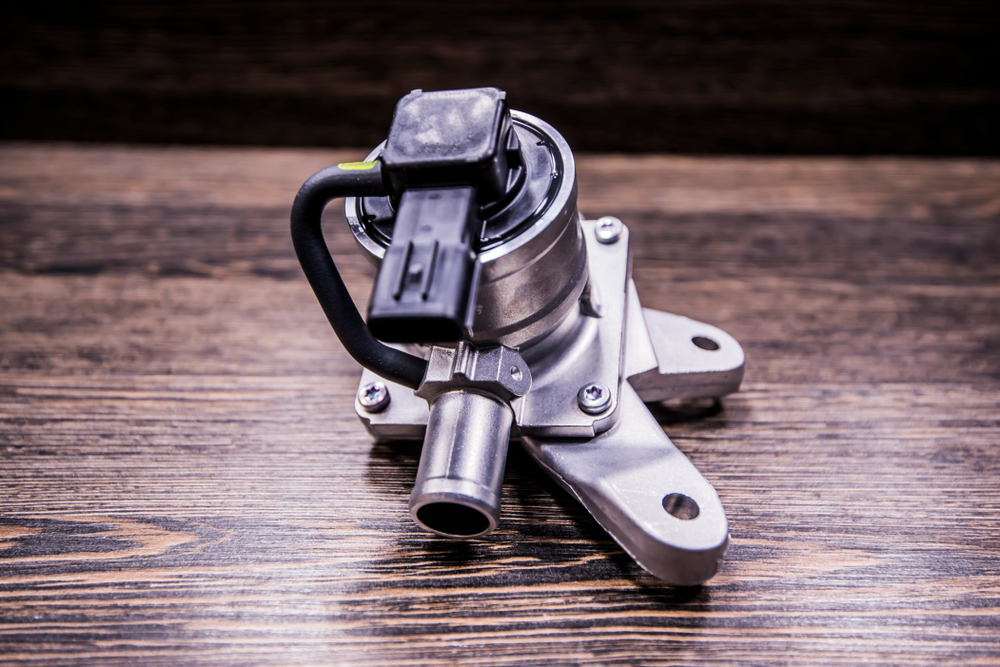 There are four main symptoms of a bad EGR valve.

Every car manufactured after 1997 has a diagnostic computer installed. When a problem occurs with the motor, the computer generates a fault code. You can view these fault codes with an OBD2 reader like one of the ones we recommend here.

The P040X codes are associated with the EGR valve, so if you have other symptoms and see the P040X on the scanner, you have probably found your problem. Just be aware that there are other problems that can cause EGR valve codes, so it’s not a sure-fire diagnosis.

Dangers of a Bad EGR Valve

Fortunately, a bad EGR valve is not likely to damage your motor. If it goes untreated for a long time, you may risk harming the catalytic converter, but you would probably have other issues first.

However, you will fail a smog check or other vehicle inspection if the EGR valve isn’t operational. You will also be getting poor engine performance, which is annoying and can be harmful to your wallet.

If you suspect your EGR valve has failed, you have three main options. The simplest solution is to simply replace the valve, either by doing it yourself or by paying a mechanic to do it for you. However, you may be able to save some money by simply cleaning the valve.

The most common reason an EGR valve fails, as we mentioned above, is that it gets full of junk. If you can clean that junk off, it should free up the valve and allow you to get back on the road.

This video has a great tutorial on how to do exactly that. If you are a visual learner, we recommend watching the video since some of the steps can be difficult to explain.

Replacing the Valve Yourself

If a mechanical or electrical component of the valve has broken, no amount of cleaning will make it work. Fortunately, EGR valves are fairly easy to replace.

Common EGR valves, like this one for a Honda Civic, will usually run you less than $100. Depending on how much time you have to spare, it may be more valuable to you to simply replace the valve rather than clean it.

Having a Mechanic Replace the Valve

If you don’t have the time or tools to replace the valve yourself, any mechanic can complete the job quickly. You can expect to pay $150-250. The valve itself will probably cost you around $100 after markup, and it takes about an hour to replace the valve.

If you want to save a little money, ask the mechanic if the valve can be cleaned instead of replaced. They may have special tools like a media blaster that can clean the valve very quickly, and that will save you the cost of the part.

We hate it when engines aren’t running well. You probably do as well. When the EGR valve fails, it can cause poor performance and ruin your day. Don’t be afraid to pull it off and clean it or replace it. We hope this guide helps you get back on the road as fast as possible.