Home › Knowledge Base › Learn How Stirling Engines Work with Our Primer

The Stirling engine was invented in 1816 by Scottish clergyman Robert Stirling. At that time, steam engines were very popular but he wanted to create a safer, more efficient option. The Stirling engine was later overshadowed by gasoline and diesel engines, but they saw a resurgence in the mid-20th century. Nowadays, they are popular in the renewable energy field. Here’s how they work.

Similar to steam engines or internal combustion engines, Stirling engines turn heat energy into mechanical energy that propels the vehicle. However, they do so in quite a different way. An external heat source is used to create energy and move parts instead of an internal heat source. The gases stay inside the machine instead of escaping via the exhaust.

Components of a Stirling Engine 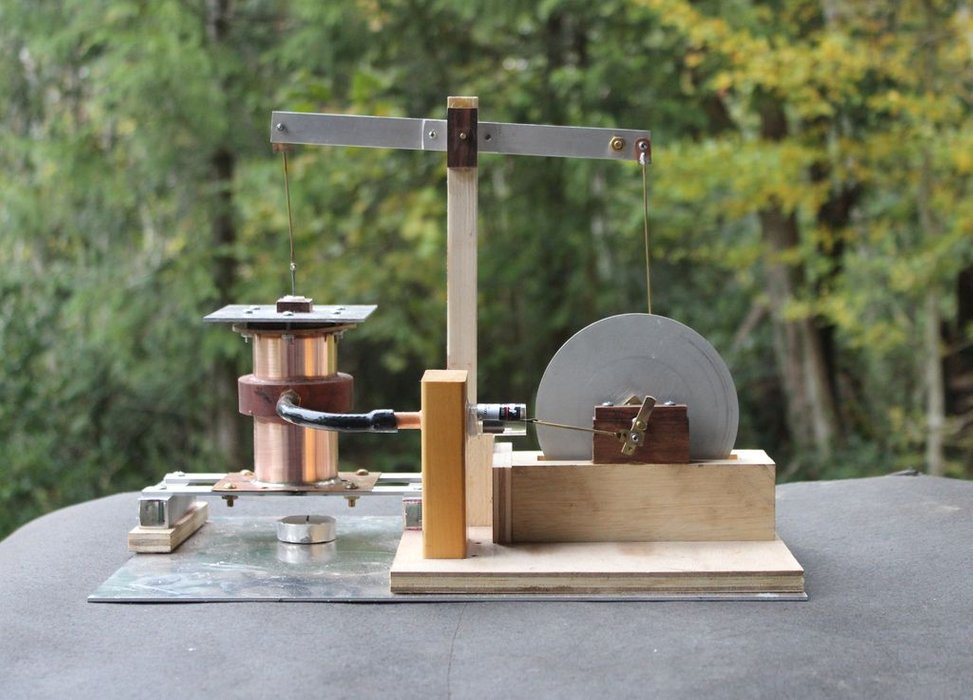 There are quite a few different designs for Stirling engines but we’ll use the displacement type for this example. This is one of the easiest models to understand. As already established, engines require a heat source to generate energy. In the Stirling engine, this can be coal, solar energy or even compost. There just needs to be a difference between the temperature of the heat source and the heat sink.

The heat sink is where hot gas is cooled before it goes back to the heat source. It normally takes the form of a radiator. The gas is permanently in a cylinder and it can be helium, hydrogen or any other gas that maintains its state whether hot or cold. The gas is necessary to move heat from the source to the sink and back again to keep the piston that drives the machine going.

The displacement Stirling engine typically has two pistons. A small one is at the top of the engine. It is tightly sealed, and it moves up as the gas in the engine expands. The large piston is called a displacer and it is loose in its cylinder. This allows air to move between the heated area of the engine and the cooler area.

There is also a heat exchanger in the chamber between the heat source and sink. This prevents heat from being lost to the atmosphere and makes the engine more powerful and efficient. 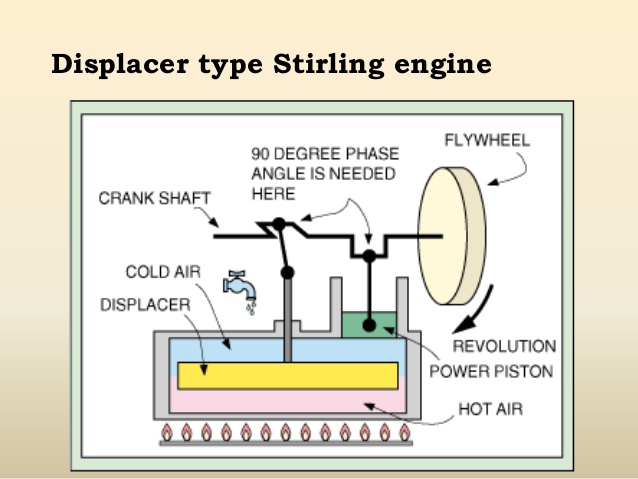 There are many benefits to Stirling engines. They are more efficient than steam engines, they don’t need large water supplies and they are much quieter. Since they don’t necessarily need fuel, they are cleaner than internal combustion engines. Those that need fuel can work with varying types and not just coal or other environmentally harmful options. The gases used in Stirling engines never leave the engine, in contrast to gasoline or diesel.

Stirling engines aren’t very common and this is because they are impractical in many instances, such as auto manufacturing. They take time to get started since the heat exchanger needs to warm up and the flywheel needs time to gather speed. These engines also don’t perform well if they constantly need to start and stop since the power output can’t change quickly. It is therefore unlikely that Stirling engines will replace diesel or gasoline-powered internal combustion engines for vehicles.

Engineers and scientists have experimented with Stirling engines in cars but they weren’t very successful. The large radiator needed to moderate temperatures proved to be a challenge. While NASA made some progress with its Mod II project, there was little interest from auto manufacturers and no support for commercialization. Stirling engines are also costly. The materials need to be able to withstand the heat without corroding. The engine must also be quite large to produce the same power as other types of engines.

What can Stirling engines be used for?

These two-century-old engines have proven to work best in solar power plants or combined heat and power plants where machines are required to produce power continuously. They are also used in submarines or as power generators for yachts. This is because they are so quiet.