Your engine has sensors that constantly measure how much air is entering the motor. That’s how the computer, or ECM, can know how much gas to add into the mixture. The manifold absolute pressure sensor (MAP) or mass air flow (MAF) sensor measures the actual airflow, but the throttle position sensor, or TPS, is the component that tells the computer how much air it should be measuring from the airflow sensor.

In this guide, we’ll run down the symptoms of a failing TPS, what it does, and how you can fix it.

Symptoms of a Bad or Failing TPS

The following symptoms are the most common symptoms of a bad TPS. The only problem you may run into is that a bad TPS shares many of the same symptoms that a bad airflow sensor will cause. We’ll tell you how to narrow it down after the list.

There are two ways to test the TPS. If you have an OBD2 capable vehicle, use a scanner, like these we recommend, to scan for fault codes. The P0120 code is the most likely candidate, though some others concern the TPS.

If you don’t have a car with an OBD2 port or an older car with a mechanical throttle body, you can use a multimeter to test for voltage from the sensor. This video from Ratchets and Wrenches does an excellent job showing you how to do that.

Is Driving With a Bad TPS Dangerous?

The biggest danger that a bad TPS poses to you is that it causes your engine to perform poorly. That can make you a danger on the road. You could go to accelerate onto the highway and not have enough power to get up to speed, or your car could suddenly lurch and jolt while you are in heavy traffic.

Even without the road danger, it’s best to get the issue fixed as soon as you can. Your gas mileage will suffer greatly, and a bad TPS can cause engine mixture issues that can damage other components in your engine. The catalytic converter is one of the more expensive components on your car. It can be damaged by a prolonged sensor failure.

What the TPS Does 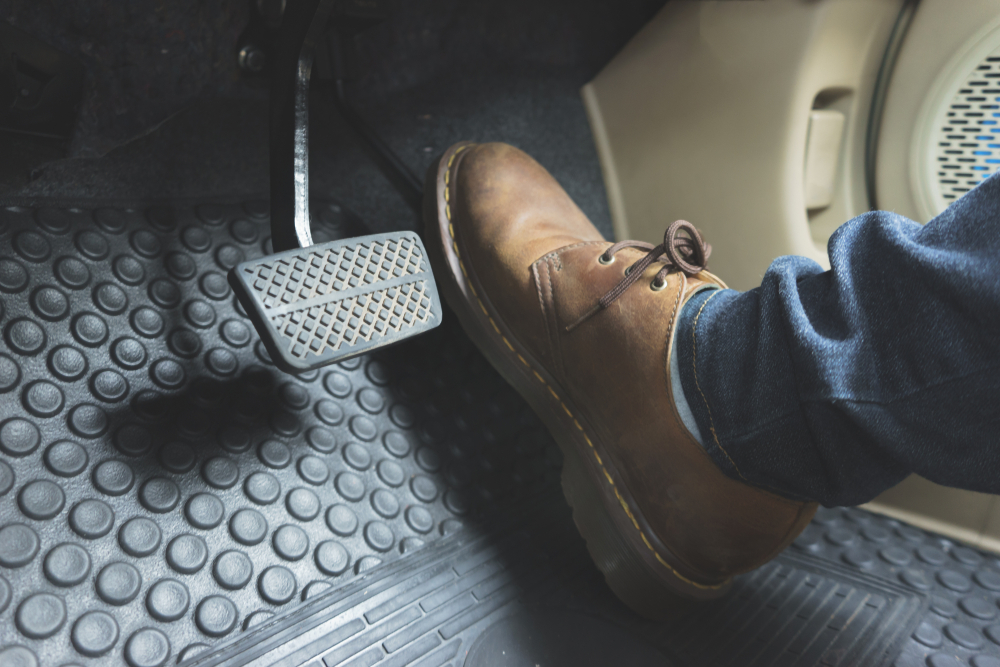 When you step on the gas, what you are really doing is opening a valve to let more air into the engine. Engines are actually limited by the amount of air they can gulp down; only super high-performance engines actually need more gas to go faster.

What Happens When the TPS Fails?

When the computer doesn’t know how much air is supposed to be going into the engine, it stops relying on the other sensors. The problem is that it needs those sensors to keep the fuel-to-air ratio correct. The more air entering a motor, the more fuel must be added to keep the efficiency up and generate power.

That’s why most of the symptoms of a bad TPS or MAF/MAP have to do with the amount of power the engine is putting out. The computer is just taking a wild guess at how much power the engine is actually supposed to be making, and it’s not quite smart enough to make good guesses.

There are two main types of throttle bodies: electric and mechanical. They differ slightly in operation, and an electric throttle may not have a position sensor.

A mechanical throttle body is the most common type. However, that may not be the case for much longer as computers in cars get more sophisticated.

When you press on the gas pedal of a car equipped with a mechanical throttle body, a cable pulls on the valve and opens it. There is a mechanical connection between the valve and the pedal. Because nothing is measuring your foot’s pressure on the pedal, the computer must rely on the TPS to know when the throttle is being opened.

An electronic throttle, though, has no mechanical connection between your foot and the valve. It uses a sensor that is actually in the gas pedal to measure the amount of pressure from your foot and then opens the valve using an electric motor proportional to your foot position. Because the computer knows how much throttle you intend to give the car before the valve actually opens, it doesn’t need a separate sensor to tell it that information.

This process is often called “drive by wire” because you send a signal over a wire instead of actually controlling the throttle directly. Modern cars can even make decisions for you. For example, new Subarus have a slight delay when you press the accelerator to the time the computer tells the throttle valve to open. That minor delay can take some getting used to, but it actually saves you gas and makes the engine burn cleaner. 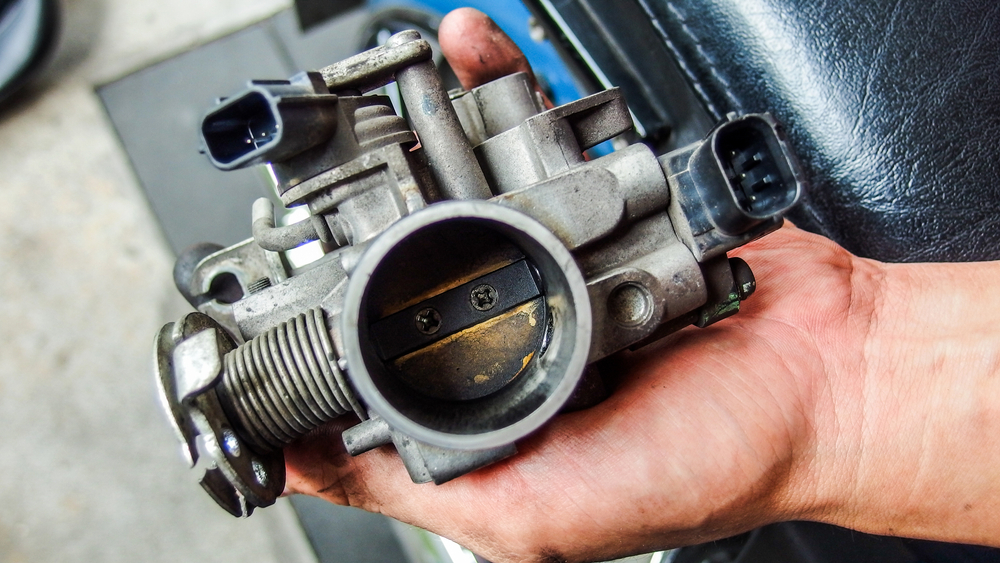 The good news is that replacing a TPS is usually an easy process. The TPS is often easily accessible, and it can be removed with simple hand tools.

There are some vehicles, usually vehicles driven by wire, that have a much more involved process than the one outlined here. Unfortunately, you will have to consult a more detailed service manual if your vehicle falls into this category.

You also have the option of taking the car to a mechanic. Most mechanics can quickly replace the sensor, and they may be able to diagnose the issues that caused the sensor to fail.

There are only a handful of steps if you plan on replacing the sensor yourself.

You can often find the sensor for your car on Amazon or RockAuto. Suppose you don’t feel comfortable ordering online. In that case, most auto parts stores will have them in stock since one sensor usually fits various vehicles. Just be sure to know your engine size in addition to your vehicle make and model.

Opposite the throttle cable is the sensor. It’s usually just a black plastic plug with three wires coming out of it.

Unplug and Remove the Old TPS

When you unplug the old sensor, be careful with the plastic connector. The engine’s heat can sometimes make the plugs very brittle, and they can be difficult to replace.

When you unbolt the old sensor, be careful not to knock any debris into the hole. Since the hole is passed the air filter, anything that gets into the throttle body will go directly into the motor.

After you set the bolts and plug the new sensor in, you may be required to reset the trouble code. Simply use your OBD2 scanner to clear the codes, then drive around for a bit to make sure the codes stay clear.

If your car is overly complicated or you don’t feel comfortable replacing the sensor yourself, you can take the car to a shop. Expect to pay between $200-500 for the service. The sensors themselves are usually inexpensive, but the labor cost can vary significantly depending on the sensor’s location.

Don’t Get Caught out of Position

It can be frustrating to be driving when the engine goes haywire. Hopefully, this guide can help you rein it in, and you’ll feel confident identifying and fixing problems with the throttle position sensor. After all, knowledge is power. By that, we mean that knowledge of where the throttle position is is literally how your car makes power, so let’s keep it informed.