There is a lot of information stamped on the side of a tire. With each code holding a world of information, it’s hard to know exactly what you’re looking for. In this series, we’ll give you the knowledge and know-how to decode it all.

Each tire code is composed of a series of letters and numbers, and the code manufacturers use is universal across all brands. You can see the information stamped on the side of the tire in the picture above. In this example, the code reads: P205/75R15. Following that is the service description of 97S, and finally, there is an M+S for Mud and Snow as the tire type

In this review, we’re talking about tire type. Talking about type can be difficult, though, since there are a variety of different labels and tire properties that can all be considered the type, and while many manufacturers follow similar guidelines, there are no legal standards as there are with size, for example.

Generally, there are three main ways to identify a tire by type: the surfaces it’s meant for, the vehicle it’s meant to go on, and the construction.

There are four main types of tires based on what type of vehicle they are meant to go on. The first letter of the tire code will tell you this information. For instance, the P205/75R15 pictured in this article is a passenger tire.

A tire that passes TRA standards is simply called a passenger tire. It means that it’s meant for a smaller car, although that has little meaning in modern times with the popularity of crossovers and CUVs. A tire with no letter preceding the tire code is also a passenger tire; it’s simply using ETRTO standards instead of the more common TRA standards.

Light truck tires are usually meant to handle higher weights and last longer than passenger tires. They usually have more aggressive treads and are inflated to higher pressures. Larger SUVs, pickups, and vans often come with LT tires, although people who frequently drive off-road often prefer LT tires for their vehicle regardless of size.

Special trailer tires are meant for trailers. Trailer tires are often constructed differently because they rely on a tow vehicle for power and do not apply power to the ground themselves. They are often much harder than passenger tires so that they last long, and it is possible to sacrifice ride comfort entirely because no one will be experiencing the lack of comfort.

Temporary tires, like donut spares and the tires used to move agricultural equipment, are only meant to be used for a short period. They are legal for use on roads, but they tend to have very poor performance qualities and reduced lifespans.

One of the most common ways to identify a tire is by the surfaces that the tire is meant to perform on. Modern tires are often purpose-built for specific conditions, so matching the tire type to the driving you plan on doing is one of the most important things you can do when purchasing new tires. Often, the tire codes will have a shortened letter or acronym at the end to designate their type.

The Triangle of Performance

There are three main properties of a tire: comfort, traction, and longevity. It’s easy to think of these properties as a triangle where each property is a corner. A tire can only be one side of that triangle. If the traction is very high and made of a hard compound, so they last a long time, the road noise will be high, and the cabin comfort will be low. Conversely, a performance tire that offers a lot of comfort and good grip probably won’t last very long.

Like most things in life, money can be a bit of an equalizer. A tire that costs a lot of money probably doesn’t make as much of a sacrifice in comfort or grip as a budget tire.

All-season tires are meant to be a balance between all other types. They won’t excel at any specific task, but they are good enough for most situations. They tend to be the most economical option for most people as well.

These types of tires are the most common tires on the road and can be found on most vehicles from the factory. They almost always have a symmetrical tread pattern and feature deep circumferential grooves (the grooves go all the way around the tire unbroken) for good performance when it’s wet out.

Performance tires are built to offer better on-road traction for sports cars and similar performance vehicles. These tires are often asymmetrical and usually cost more than all-seasons. They can be broken down into four categories:

General performance tires are built to do well on dry or wet pavement. They will have a shorter tread life than all-season tires, but they are a good option for someone that wants better handling and braking than standard all-season tires can offer. They sometimes end up being a bit of a compromise.

Summer tires are a subsection of performance tire that maximizes grip on dry surfaces. They do have some grooves to resist hydroplaning when it’s wet, but the performance will be severely limited compared to an all-season equivalent. People who want to maximize their car’s performance will often own a set of summer tires and a set of winter tires that they switch between.

Winter tires are the opposite of summer tires: they maximize performance during conditions such as rain, ice, and snow. Some winter tires actually have metal studs for even more traction and are often illegal for use on highways. Like most performance-oriented tires, they don’t last as long or offer as much comfort as standard all-seasons.

Competition tires are ultra-high performance tires that are not suitable for normal road use. They are often called track tires, and they maximize dry performance while sacrificing everything else, including comfort, wet performance, and longevity. Pure performance, they should be used at the track only.

All-terrain tires are meant to offer good traction off the road without sacrificing too much comfort. Vehicles that see occasional off-road use, but spend a lot of time on the highway, will usually run “AT”s. This type of tire is very popular with owners of Jeeps and other 4x4s. 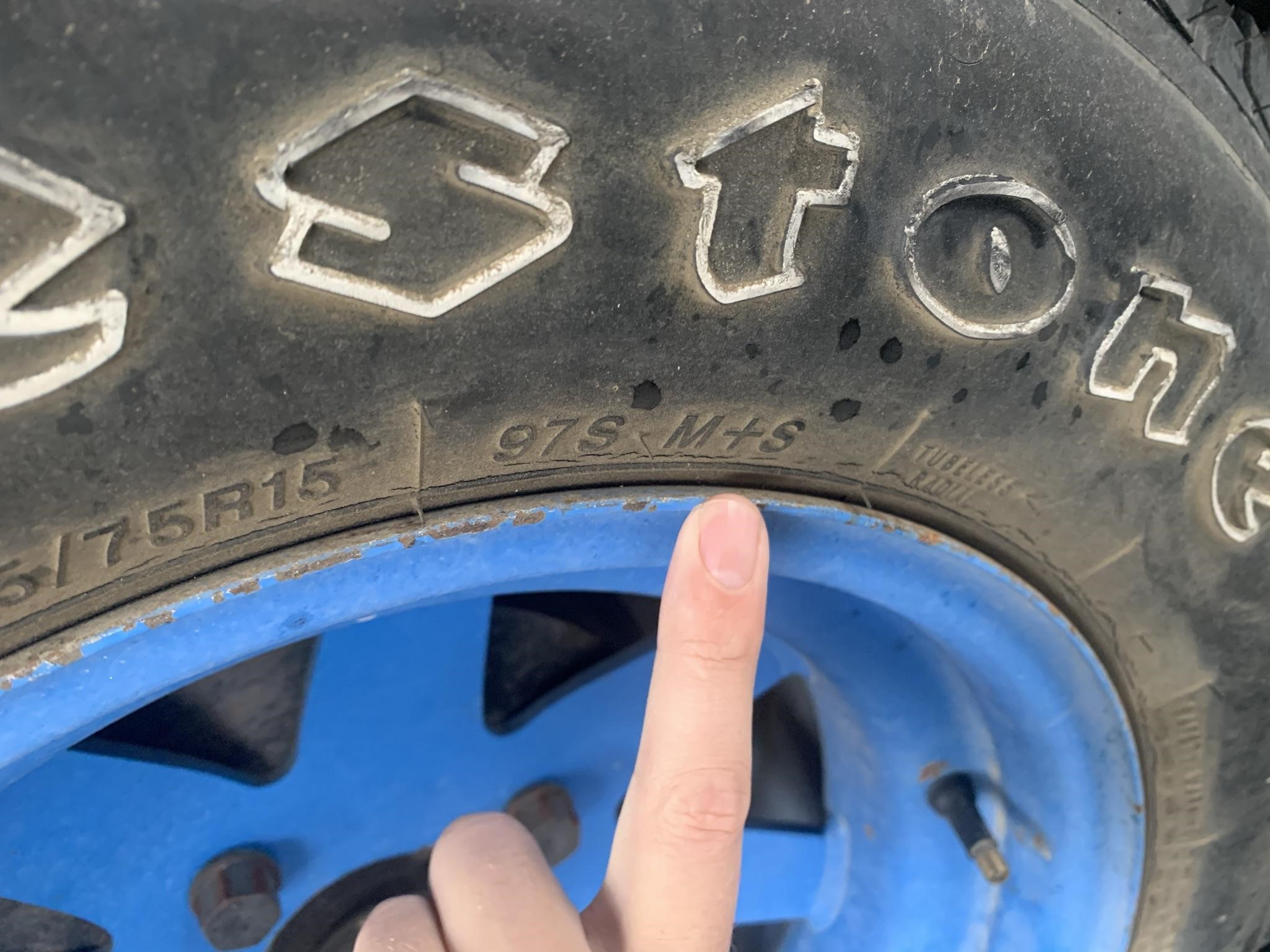 Mud and snow tires, usually abbreviated as M+S, are all-terrain or all-season tires that have a more aggressive tread that is better suited for slippery conditions. They are often found on Subaru wagons and other AWD vehicles that are more adventure-oriented. Since M+S is simply an additional descriptor, it is possible to find mud and snow tires in almost any configuration.

There are a handful of different tires on the market that are dedicated to off-road performance. Some of them are street legal, others are not. Usually, they will fall into one of the following categories.

Mud tires, often abbreviated as MT, are very similar to all-terrains but have large videos for dispersing mud. They often have tread that wraps around the entire tire and is very damage resistant. However, they will wear down very quickly if driven for long periods on roads, and the road noise can overpower radios.

Competition tires offer some of the most aggressive tread available. As the name suggests, they are usually found on competition off-road vehicles like rock-crawlers and Baja trucks. They are expensive, heavy, and terrible for use on pavement. The only upside is that they are nearly indestructible and will have great traction on anything.

Snow tires and sand tires are examples of tires built to travel across a very specific type of terrain and nothing else. Sand tires, for instance, have large rubber paddles for scooping the sand and creating extra traction. They can not be driven on hard surfaces.

After that list, you’d think that there couldn’t possibly be more, but companies continue to innovate and create new categories. Some other types include dedicated trailer tires, special purpose spares, water/floating tires, drag radials, and solid tires for incredibly specialized machines. 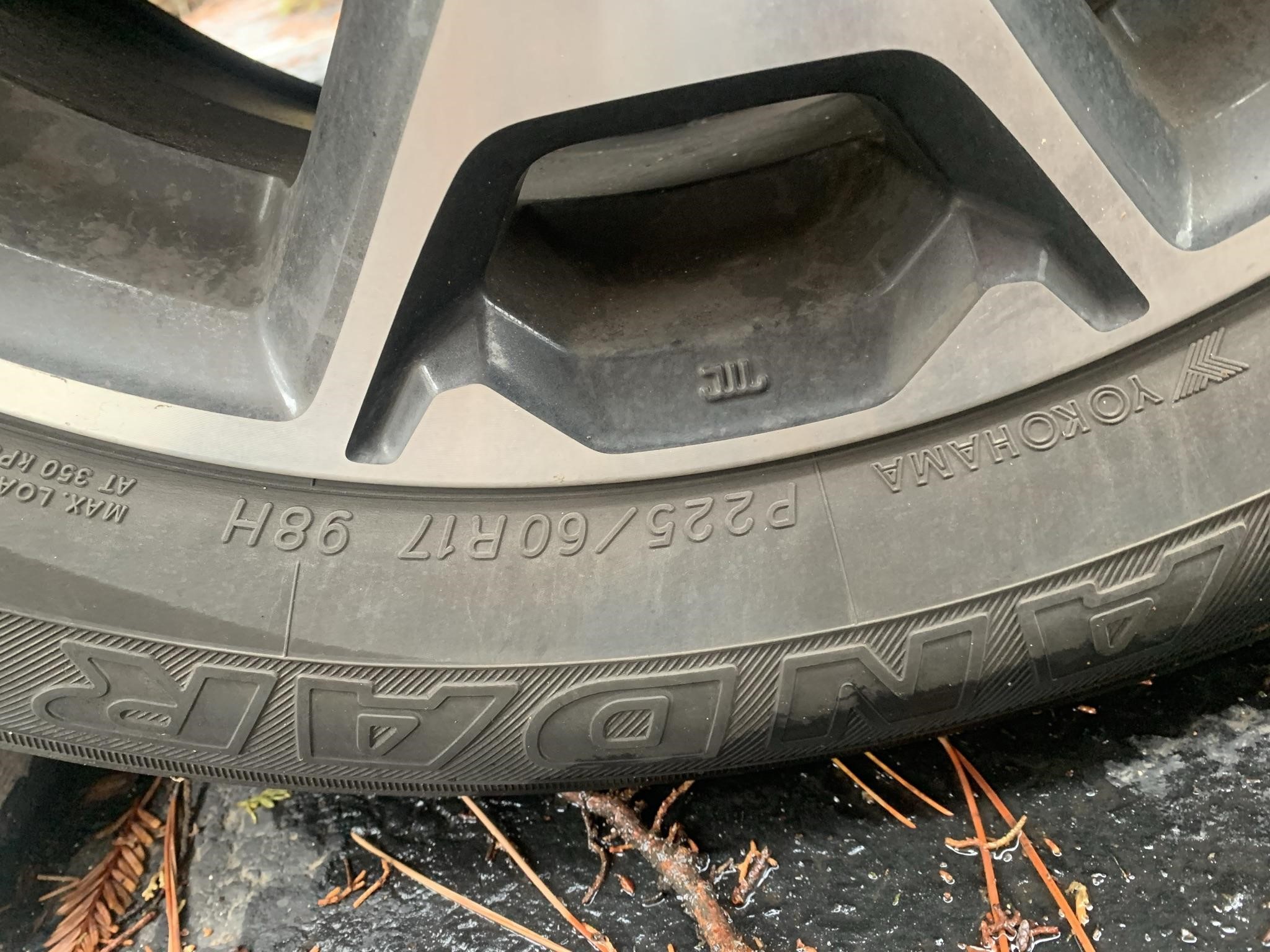 There are a handful of different types of tire construction. This page from Magna Tyres has some great graphics that help explain the differences. At a glance, the types are as follows:

As just about every passenger tire in the US is a radial tire, the average tire buyer won’t need to worry about the construction. Metrics like speed rating, tread pattern, and cost are far more important than the direction of the fibers when buying a tire for your car.

This Is Part of a Series All About Tires

Our aim is to demystify the tire buying process and help you make the best decisions possible. Feel free to continue learning by jumping over to one of the following topics: