Your car’s engine is full of mysterious parts. You probably know what a spark plug is, but do you know about hydraulic lifters? If you answered no to that question, you’re in the right place.

This article answers all of those questions. We’ll also look at how much lifters cost to replace, so you know exactly what you’re dealing with.

What Is a Hydraulic Lifter?

There are several benefits of hydraulic lifters over the other types: they’re quieter, don’t require regular adjustment, and cause less wear to the valvetrain. This article focuses on hydraulic lifters as they’re the most commonly used lifters in car engines today.

Hydraulic lifters (also known as hydraulic tappets or hydraulic lash adjusters) are small cylindrical-shaped components that sit between the camshaft and the engine valves. Lifters are made from hollowed steel and contain a small spring and piston inside, with a small hole on the outside of the lifter.

The lifter’s main job is to maintain zero valve clearance in the engine, which is achieved using pressurized oil. We’ll look at how they work in more detail in the next section.

How Do Hydraulic Lifters Work? 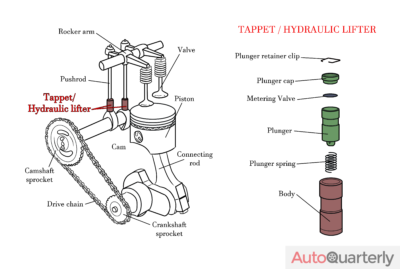 As the camshaft rotates, the camshaft lobe presses on the lifter, which transfers the rotating motion to the valve. This works by either using a pushrod and rocker mechanism or, in the case of overhead camshafts, direct contact with the valve stem or rocker arm.

The lifter needs to become solid for a short period to remove slack from the valvetrain. For this to happen, pressurized oil is supplied to the lifter through oil channels, where it enters the lifter through a small hole in the lifter’s body. This happens when the valve is closed, and the lifter is in a neutral position.

During the camshaft lobe’s lift phase of travel, the lifter piston is compressed, which causes the oil inlet hole to shut. Oil is almost incompressible, so the pressure inside the lifter makes it almost completely solid. This allows the camshaft to transfer its energy to the pushrods while the valvetrain remains tight.

As the camshaft lobe travels through the apex, the lifter’s piston load is reduced. The internal piston then returns to a neutral position, allowing it to refill with oil for the entire process to repeat itself.

What Causes Hydraulic Lifters to Fail? 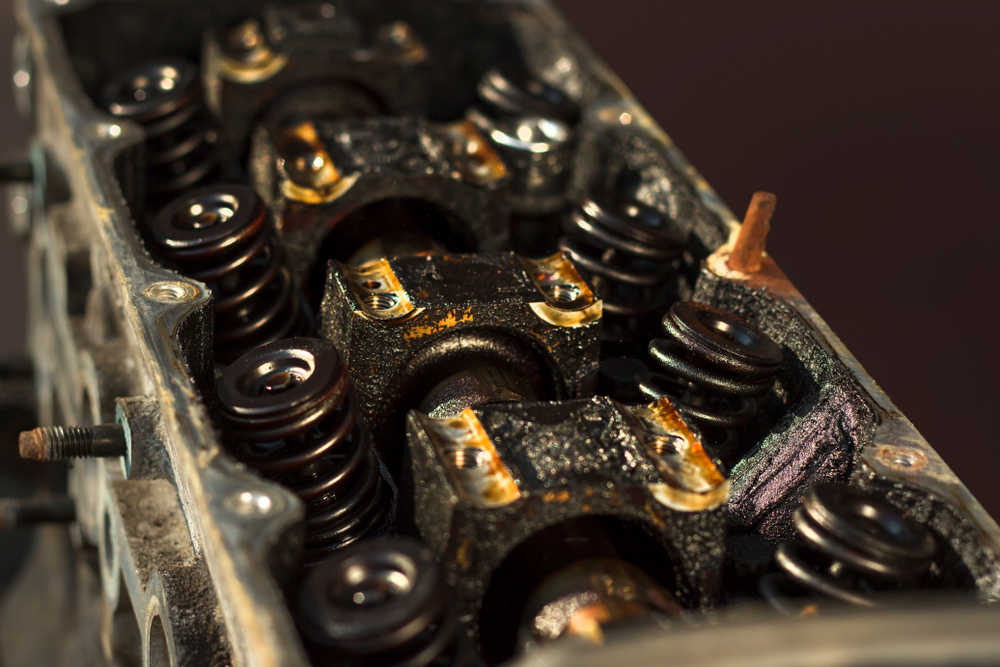 Several things cause hydraulic lifters to fail. The most common causes are listed below.

Every engine component wears down over time, and hydraulic lifters are no exception. With a lot of use (high mileage), the lifters will wear down, and eventually fail.

Lifter wear and tear is exacerbated if the engine hasn’t been maintained properly through regular oil changes and servicing.

Other valvetrain components besides the lifters require the right oil to function correctly. To avoid excessive or premature wear, you can regularly service your car using the correct oil for your engine.

Insufficient oil in the engine will starve the valvetrain and lifters of oil, as the oil pickup won’t pull up the required amount of oil for lubrication. This means the lifters won’t function as they should, resulting in too much clearance. This leads to the symptoms listed below and causes extra wear to the valve train components.

Low oil levels can cause problems for many components besides the lifters, and it can be easily avoided by ensuring the engine oil level is sufficiently topped up.

The valve train components won’t get enough oil if the engine oil pressure is low, causing the lifters and other components to wear and eventually fail.

Low oil pressure can be avoided by carrying out regular oil changes to ensure that the oil pump is functioning correctly and the oil passages aren’t blocked.

There are many different types of engine oils with different viscosities. An oil’s viscosity affects its consistency and flow rate at different temperatures.

The oil flow rate will affect oil pressure and lubrication for the important valvetrain components and lifters. This problem can be avoided by using the correct oil viscosity for your specific engine.

Don’t ignore faulty hydraulic lifters! If you notice any of the symptoms below, make sure you take your car to a mechanic to confirm whether the lifters are bad. Collapsed lifters put a lot of additional stress on the valvetrain, particularly on the pushrods, as they are the weakest link.

Bent pushrods can fall from the space between the rocker arm and the top of the lifter, causing the cylinder to die completely. That’s in a best-case scenario — in a worst-case scenario, it can cause damage to the rocker arms, valves, and camshaft. This can ultimately destroy your engine.

For those reasons, it’s best to get faulty hydraulic lifters looked at and fixed ASAP before your engine destroys itself. 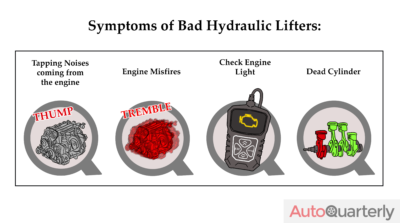 Below are the four most common symptoms of bad hydraulic lifters.

Due to the incorrect clearance and excess slack in the valvetrain, you will hear tapping noises coming from the engine when the lifters are bad. This tapping noise will get louder as the engine’s RPMs increase, but it can also be heard when the engine is idling.

This video does a good job at showing what bad hydraulic lifters sound like. As you’ll hear, the tapping sound comes from the top of the engine where the lifters are located.

Bad lifters can affect the opening and closing of the engine valves, which messes up the air-fuel ratio. This causes incomplete combustion and results in engine misfires. You’ll notice worse engine performance if your engine is misfiring, among other symptoms.

The engine control unit (ECU) will detect problems with the combustion process (as described above) and trigger the check engine light on your dashboard.

You can use an OBD scanner to read any error codes that have been logged. However, the error codes won’t explicitly tell you that the hydraulic lifters are bad. Instead, you’ll see codes related to air issues, fuel issues, or sensor malfunctions.

As we’ve seen, in a “best case” scenario, bad lifters can cause problems with the pushrods, which can result in a completely dead engine cylinder. For a four-cylinder engine, this means that a quarter of the engine is dead, which results in a loss of performance, worse fuel economy, and potentially further engine damage. 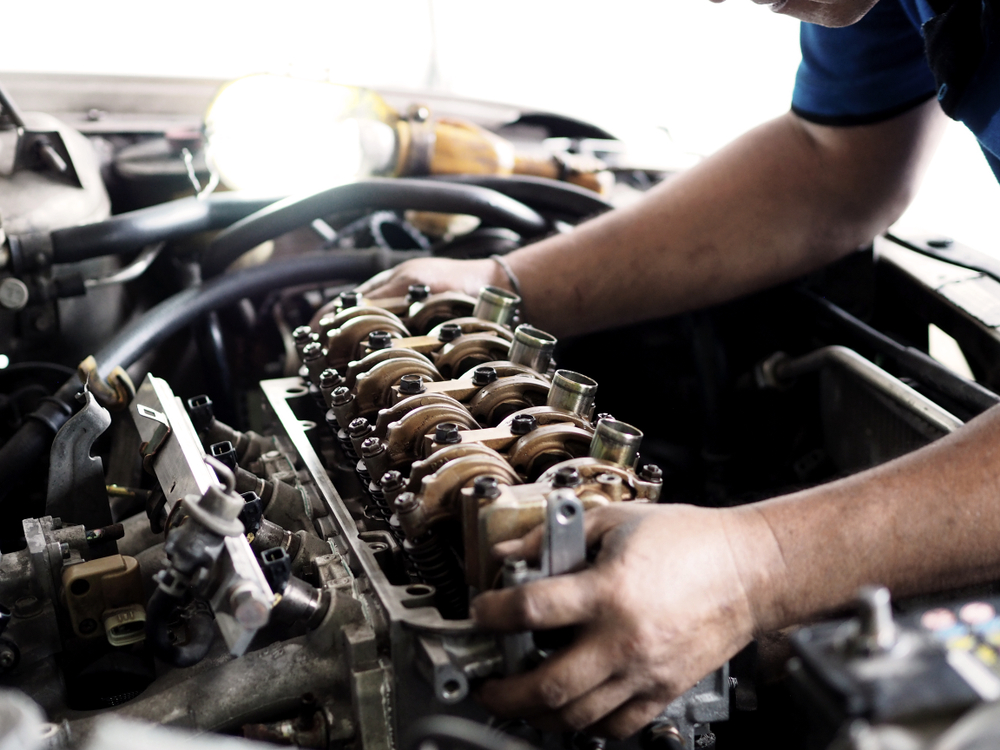 You have two options for replacing hydraulic lifters: replace them yourself or pay a garage to do the work.

You can replace faulty hydraulic lifters yourself if you have experience with engines. However, it isn’t an easy job as you have to pretty much take the top half of the engine apart.

The lifters themselves aren’t too expensive: each lifter costs between $5 and $30 depending on the make of your vehicle. That said, there are usually at least two lifters per valve, meaning there could be 32 or more lifters to replace. We’ve done the math for you, and that’s between $160 and $960 for the lifters alone.

You can save some money replacing them yourself; however, we’d recommend taking your car to a garage as a mechanic will be able to identify whether any other components need replacing — for example, the rocker arms, pushrods, or camshaft lobes.

Paying somebody else to sort the problem is the easiest solution, but as you’ll find out, it isn’t cheap. A garage will be able to fix the problem quickly, though, and they may spot something else wrong that you haven’t noticed.

Labor costs vary depending on where you live and the garage in question. A typical rate is $100 per hour for labor. Changing lifters can take between 3 and 9 hours, translating to $300 to $900 for labor alone.

Coupled with the cost of parts, you can expect to pay between $460 and $1,860 all in for parts and labor. These are rough prices, though, as larger engines can cost more as they have more cylinders, valves, and therefore more lifters.

Tips for Keeping Your Hydraulic Lifters Quiet and Happy

There are a few things you can do to prolong the lives of your lifters, ensuring they stay quiet and happy. These tips won’t magically fix bad lifters, so don’t use them as a quick fix as the problem won’t get better — bad lifters will need replacing.

You can prevent the engine oil from becoming dirty by carrying out regular oil changes. This will help reduce the risk of the oil passages clogging up, which can lead to low oil pressure.

As we know, low oil pressure can cause lifter damage. Always use the right amount of oil for your engine, in addition to the right oil viscosity. You should change your oil every 10,000 miles or whenever the vehicle manufacturer recommends. Don’t forget to change the oil filter as well.

Use a High-Quality Oil Additive

A high-quality oil additive can help clean the engine and improve the overall quality of the engine oil. Additives can also clean other components like hydraulic lifters, rocker arms, and valves.

These additives are cheap and can be beneficial for your engine, but they won’t magically solve problems with clogging if you’ve neglected to change the oil for a long time.

Get the Lifter Spacing Adjusted

While hydraulic lifters don’t require regular adjustment like solid lifters, they may require a one-off adjustment if something isn’t right with their clearances.

You’ll need a mechanic to do this as the spacing must be precise for everything to work together properly.

A properly functioning engine shouldn’t make any odd noises. If you do hear unusual noises coming from your engine, something isn’t right. In the case of tapping noises, it can point to the hydraulic lifters being bad.

Bad lifters can lead to catastrophic engine damage if left unchecked. While lifter replacement is pretty expensive, it’s way more expensive to replace the entire engine or have the engine rebuilt.

Don’t ignore tapping noises — take your car to a mechanic so they can properly diagnose the problem and fix it.