Is your car able to start when you’re not in neutral, or is it failing to crank despite your gear being set correctly? Your car may have a bad neutral safety switch. This is a relatively common problem in vehicles that have an automatic transmission system. However, it’s not something that should be overlooked.

Any kind of issue that negatively affects your car’s engine should be rectified as quickly as possible. Therefore, knowing the symptoms and replacement cost of a neutral safety switch is very important if you’re going to resolve the issue rapidly.

Here, we take a closer look at the basics – what a neutral safety switch is, why it’s so important to the safe operation of your car, how you might tell if there’s a problem with it, and how to go about replacing it.

What Is a Neutral Safety Switch?

Your car’s neutral safety switch is, as you may have guessed from its name, a safety switch for vehicles that have an automatic transmission system that serves one purpose – to prevent the car from starting when in any gear other than neutral or park.

When you have a car with automatic transmission, this kind of problem is prevented thanks to the presence of the neutral safety switch with stops the driver from switching on the ignition at all if the vehicle is in reverse, drive, or any moving gear.

If the engine is cranked without the car being in park or neutral, the engine doesn’t turn, thus avoiding the potentially dangerous problem of jolting.

How Do I Check the Neutral Safety Switch on My Car?

If you lack knowledge of vehicles and their components, it’s always best to seek professional advice from a mechanic before trying to inspect your car’s neutral safety switch. However, there are few tests you can carry out that will give you some ideas about the neutral safety switch’s condition:

What Are the Most Common Signs of a Bad Neutral Safety Switch?

When a vehicle’s neutral safety switch has a fault, the result could be irreversible damage, not only to the transmission itself but also to the car’s engine. For this reason, you must recognize the signs that indicate your car has a bad neutral safety switch so you can seek professional help or replace it yourself.

Car Cranks in All Gears

Perhaps the clearest sign that your vehicle has a bad neutral safety switch is if the engine can be cranked regardless of which gear it’s in. Even if the gear lever is in reverse or drive it can still be cranked. Another sign of a neutral safety switch problem is if you can crank the engine even when it’s already running. This suggests that there may a short circuit somewhere inside the transmission system. Should this occur you should rectify the problem immediately since it represents a major safety hazard and a serious injury or accident could occur as a result of this issue.

Car Doesn’t Crank When in Neutral or Park

When a neutral safety switch has experienced a major electrical problem the car’s engine won’t crank even when it’s in neutral or park. This is because the starter relay is dependent on this switch to receive power so if the power cannot be received, the car’s starter motor is unable to turn the engine over. One of the electrical circuits in the switch is probably completely open, possibly because of a blown fuse, faulty relay or electrical issue in the switch.

The Car’s Check Engine Light Appears on the Dashboard

Whenever one of the warning lights appears on your car’s dashboard, it is an indicator of a problem that needs rectifying. If your check engine light has appeared, it could indicate a neutral safety switch issue. An OBD scanner will show the code P084F if there is a bad neutral switch.

Your Car Only Starts Occasionally

If your car only starts on occasion and fails to start at other times, it’s possible you have a defective neutral switch or a switch that is about to fail. However, it’s more likely that the problem is elsewhere – perhaps with the starter motor, the ignition or somewhere in the wiring. A professional mechanic will be able to pinpoint the problem, but if you discover that your car will start after moving your gear stick a few times it’s likely the neutral safety switch is causing the issue.

You can, however, rule out a few other potential causes of your engine failing to start so that you have a good idea of the reason your vehicle is suffering from this issue before you go to see your local mechanic. Here are a few things to check:

If you have an OBD2 scanner, it’s possible to check the neutral switch’s parameters to the transmission control unit and ECM. Check the gear level is appropriately set to the right value for your desired gear.

When your car won’t start even if its gear is in neutral or park, the next step is to check if the battery is working or not. You should first look at your vehicle’s dashboard – if its lights have come on, the battery is almost certainly OK. You should always try charging it up using a charger, though, before you take any other steps.

When you’re starting your vehicle’s engine using the key, a click should be heard. If you hear this click, the ignition is operating correctly. On the other hand, if no click can be heard and the engine isn’t turning over, the fault could be within the ignition itself. 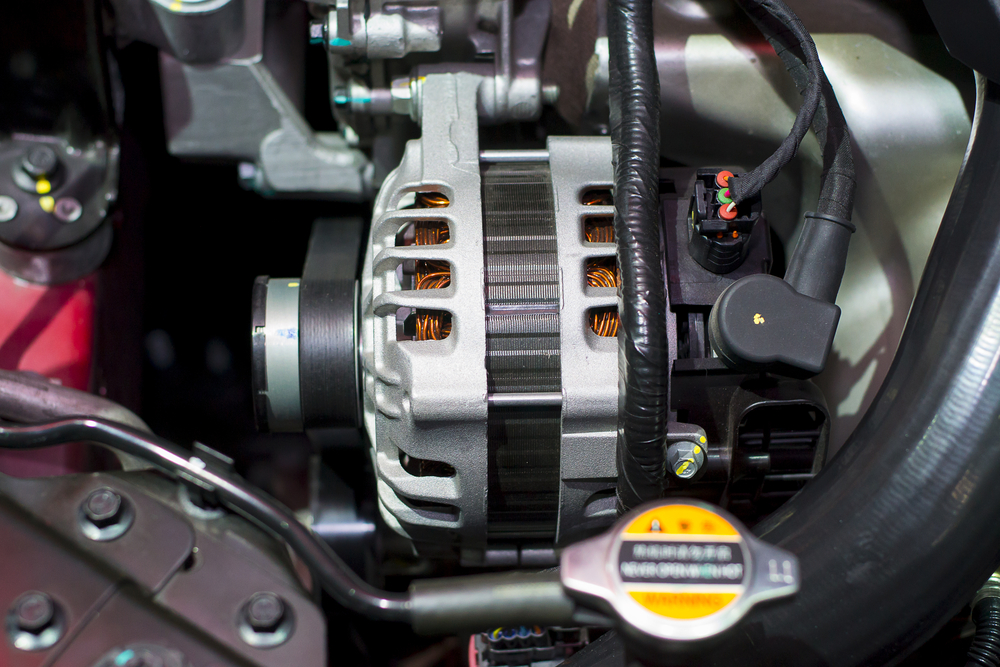 If you lack knowledge of your vehicle’s components or if you’re uncomfortable working inside the hood of your car, you may want to take it to a mechanic rather than checking this element yourself. Checking the starter motor can be done by putting your hand onto the car’s motor deep under the car’s engine block inside the engine’s compartment. If vibrations can be felt, the starter motor is working correctly. It’s also possible to use a voltmeter to check the starter’s terminals’ readings.

If you have checked all of these components but they aren’t showing any defects, it’s probable that the neutral safety switch has developed a problem and needs repairing or replacing.

How Does a Neutral Safety Switch Work?

Automatic transmission vehicles usually have their neutral safety switch located inside the transmission case or in the linkage that gives the car’s transmission the ability to shift gears. So long as the driver has put the gear lever into park or neutral, the neutral safety switch allows the electrical current to be sent from the ignition switch to the starter motor and ignition system. This prevents any damage from being incurred to the transmission and starter motor and also reduces the possibility of an accident occurring.

In a manual transmission vehicle, there is a gearshift lever and driver-operated clutch. This means that the vehicle’s engine can be started when the car is in any gear so long as the driver depresses the clutch completely.

However, if the clutch hasn’t been fully pressed down and the vehicle is in gear, trying to turn on the engine will cause a sudden jolt, like the vehicle is attempting to move forward. The vehicle will start up, but this could be dangerous since the driver may have forgotten the car is in gear when turning their engine on and the car will jerk forward unexpectedly

Thankfully, if a vehicle’s neutral safety switch isn’t functioning correctly, or if a component connecting the ancillary support systems to the switch has been damaged, it can usually be fixed fairly simply and affordably.

How Much Does It Cost to Replace a Neutral Safety Switch?

You may be wondering whether you can save yourself some money by trying to identify the problem with your neutral safety switch yourself and by attempting to carry out your own repairs or replacement of the faulty part. However, this approach isn’t recommended unless you have an in-depth knowledge of vehicles and their components.

Fortunately, it isn’t too expensive to get a bad neutral safety switch replaced. Depending on the make and model of your car, you can expect to pay replacement costs of between $95 and $150 when taking your vehicle to an experienced mechanic. The cost of the replacement parts is about $50. Meanwhile, the cost of the mechanic’s labor comes in at somewhere between $45 – $100 depending on where you are located and the individual mechanic’s rates.

This replacement job is very affordable since the part itself is cheap, and the replacement can be carried out very rapidly by a trained and experienced mechanic, keeping labor costs down as well. With this in mind, there’s every reason to take your car to a professional if you’re experiencing any issues that could be related to its neutral safety switch – remember that if there is a fault with this important vehicle component, you could end up in an accident or causing serious damage to your vehicle that would then require even more expensive repairs, not to mention the inconvenience of your car being off the road for an extended period of time.