Home › Knowledge Base › Engine Misfire Symptoms and Causes: A Guide

Your vehicle should be a purring beast, gobbling up the tarmac without missing a beat. Okay, if you have a Toyota Corolla, it probably isn’t much of a beast; the point still stands, though: it should run smoothly.

If you notice that your vehicle has the motoring equivalent of the hiccups, it could be due to an engine misfire. Misfires can be challenging to deal with, as there are many potential causes.

To make things a little easier for you, we’ve come up with this useful guide, in which we’ll explore the common symptoms and causes of engine misfires. This guide will help you determine whether you have an engine misfire, and we’ll also look at how to get it fixed.

What Is an Engine Misfire?

Before we jump right in, let’s first get a brief understanding of how engines work. Knowing how an engine works helps in explaining what misfires are and why they happen.

There are two types of combustion engines in vehicles: spark-ignition gasoline engines and compression ignition diesel engines. They both work in slightly different ways; one uses gasoline and requires a spark for the combustion process; the other uses diesel and requires compression and heat.

If you’re interested in learning more about each type of engine, this page explains the differences in greater detail. However, for the purpose of this guide, we’ll treat them the same way. After all, the underlying process is the same; they both require air, fuel, and a source of ignition.

Once the air-fuel mixture enters the cylinders, it gets compressed and then ignites. A powerful explosion is produced, which makes the pistons move. This process allows the engine to run.

A misfire happens when there’s a problem with this combustion process. There might be incomplete combustion or no combustion at all, causing a misfire. The issue is down to either the air, fuel, compression, or ignition – we’ll look at the potential causes in more detail in a later section.

First, let’s take a look at the symptoms.

What Are the Symptoms of a Misfiring Engine?

If your engine is misfiring, you’ll likely experience several symptoms. The seven most common symptoms are listed below.

You may notice a loss of engine power if there’s a misfire. This power loss will be more noticeable in engines with fewer cylinders, like a four-cylinder engine – especially if there’s more than one cylinder misfiring.

In larger engines with six cylinders or more, the power loss will be less noticeable and may only be apparent during acceleration.

Poor gas mileage goes hand in hand with power loss. If the engine injects fuel into the misfiring cylinder and the fuel isn’t burnt properly, it’s wasted. In addition to that, extra fuel is required for the engine to function, causing even worse gas mileage.

You may notice that you’re filling your tank more regularly or that your miles per gallon (MPG) computer reading is lower than normal. 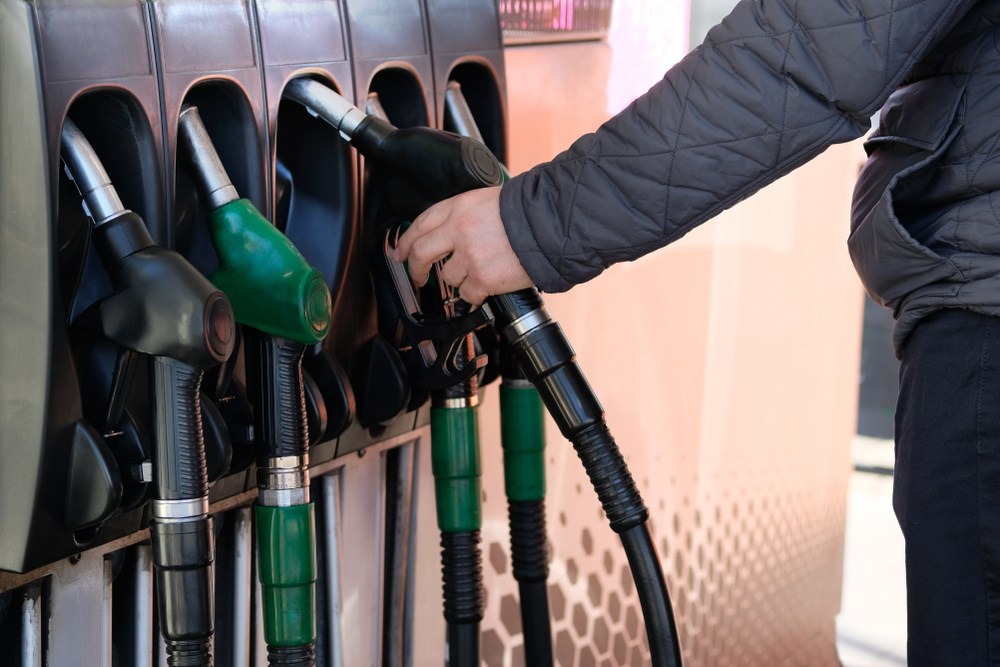 If you have a misfire present when starting the engine, you may find the engine struggles to start. Starting problems are more likely to happen in smaller engines or if multiple cylinders are misfiring. In some cases, your vehicle may not start at all.

It’s quite common to hear popping sounds from the engine when it’s misfiring. The popping sound is caused by fuel being burnt in the exhaust manifold, resulting in what’s known as a backfire. The engine may also make weird chugging sounds like it’s struggling to run.

When an engine is firing on all cylinders, it should be pretty smooth with minimal vibrations. One misfiring cylinder can cause that balance to go out of whack, resulting in engine vibrations.

The vibrations are quite noticeable and can be felt from inside the car. The engine may vibrate even more as you accelerate or drive the vehicle.

A rough idle is perhaps one of the most common symptoms of an engine misfire. However, it’s not always indicative of a misfire – other issues can cause rough idling. While idling, you’ll hear the engine tone change, and you’ll see the rev counter moving up and down.

The idle should be smooth in a properly functioning engine.

Your vehicle’s engine control unit (ECU) keeps an eye on various engine components and uses sensors to detect when something’s wrong. When it detects that something is amiss, the check engine light illuminates on the dashboard.

In conjunction with any of the other symptoms listed here, an illuminated check engine light suggests there’s a misfire.

What Causes Engines to Misfire? 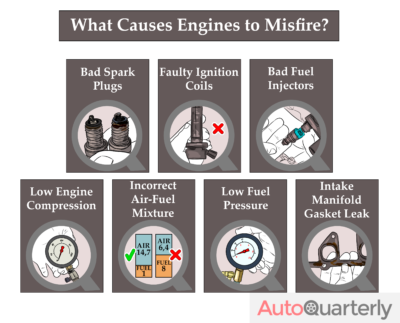 You now know the symptoms of engine misfires, but what causes them? Below you’ll find some of the usual suspects.

This point only applies to gasoline engines as diesel engines don’t have spark plugs. As explained at the beginning of this article, there are differences in how these engines work.

Bad spark plugs can cause misfires. That’s because there’s no spark to ignite the fuel, meaning the combustion process can’t take place. Spark plugs usually go bad due to old age or because they’ve become fouled. It’s worth noting that many different things can cause fouled spark plugs, so it’s worth investigating the root cause before replacing them.

Thankfully spark plugs are pretty cheap. You can pick a single spark plug up for $10 – or even less when buying multiple plugs. You may only need to change one or two plugs, although if you haven’t changed them in a while, we’d recommend changing them all. 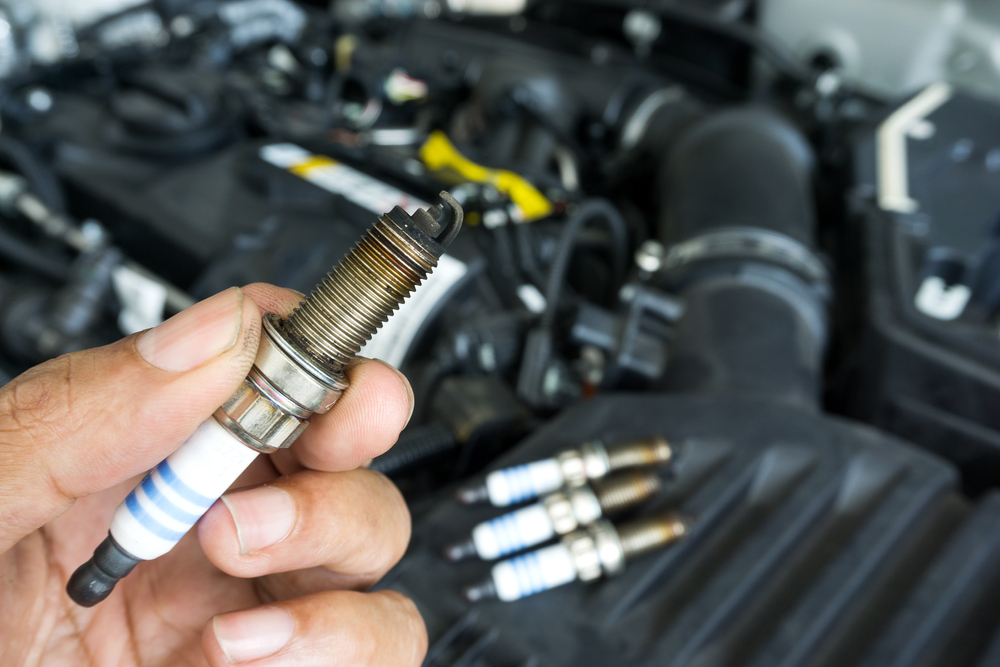 As with the previous point, this only applies to gasoline engines. Ignition coils provide the electricity needed for spark plugs to spark. If an ignition coil is faulty, the spark plug won’t work, resulting in no combustion for that cylinder.

It’s worth checking the ignition coil first before changing the spark plugs. You can easily do this by switching the coils over and seeing if the misfire follows the ignition coil. If it does, the coil will need replacing.

Prices for ignition coils vary depending on the make and model of your vehicle. As a rough estimate, you can expect to pay between $75 and $300 for a new ignition coil.

Fuel injector problems are fairly common as the injectors get clogged up over time. Injectors spray a fine pattern of fuel, be it gas or diesel, into the combustion chamber. If this pattern is not as it should be, or if the injector is completely blocked, misfires can happen.

Thankfully, you won’t need to buy new injectors as they can be reconditioned for as little as $20 apiece. A new injector costs around $100, plus there’s the cost of labor on top.

Bear in mind that you may have more than one bad injector, in which case it’ll cost significantly more to repair or replace them.

Low engine compression is a more serious issue, and it can cost a lot of money to repair.

Fixing internal engine damage can cost a fortune as the engine has to be taken apart, and there may be several expensive parts to replace. Head gasket replacement is also costly and can set you back anywhere from $1,000 to $3,000.

Typically, with a blown head gasket, you’ll notice additional symptoms, such as loss of coolant and blue smoke from the exhaust. We have a great article about blown head gasket symptoms if you’re interested in learning more.

As we’ve learned, there needs to be the right amount of air and fuel for the combustion process to happen. The correct air-fuel mixture is known as the air-fuel ratio, which is 14.7 parts air to 1 part fuel (14.7:1).

The air-fuel ratio can be wrong for several reasons. It could be caused by a faulty mass airflow (MAF) sensor, or there may be an issue with the fuel injectors. It could also be down to bad oxygen (lambda) sensors or any other delicate sensor that monitors the air-fuel mixture.

It can be difficult to diagnose the issue yourself. We’d recommend taking your vehicle to a mechanic if you have little mechanical experience as they’ll be able to find the problem quickly and save you a lot of hassle.

Low fuel pressure results in the wrong amount of fuel being injected into the cylinder, causing incomplete combustion and potentially a misfire. The fuel pressure can be low for many reasons; there may not be enough fuel in your vehicle, or there may be a problem with the injectors.

Gaskets are crucial components as they create seals between different parts of the engine. Gaskets can be made from various materials, like paper, metal, or rubber. It’s not uncommon for the gaskets to perish over time and cause issues.

Can You Fix an Engine Misfire Yourself?

Can you fix an engine misfire yourself, or do you have to take your car to the garage? The answer depends on how experienced you are with engines and what’s causing the misfires.

If you’re comfortable working on the engine, you can use an OBD scanner to diagnose the problem and then attempt to rectify the issue yourself. You’ll need the right tools, enough space, and plenty of patience.

On the other hand, if you’re not experienced with cars or just don’t want the hassle, it’s probably best to let a professional take a look at the problem. While a garage can cost you more money, it will save you a lot of time and stress. 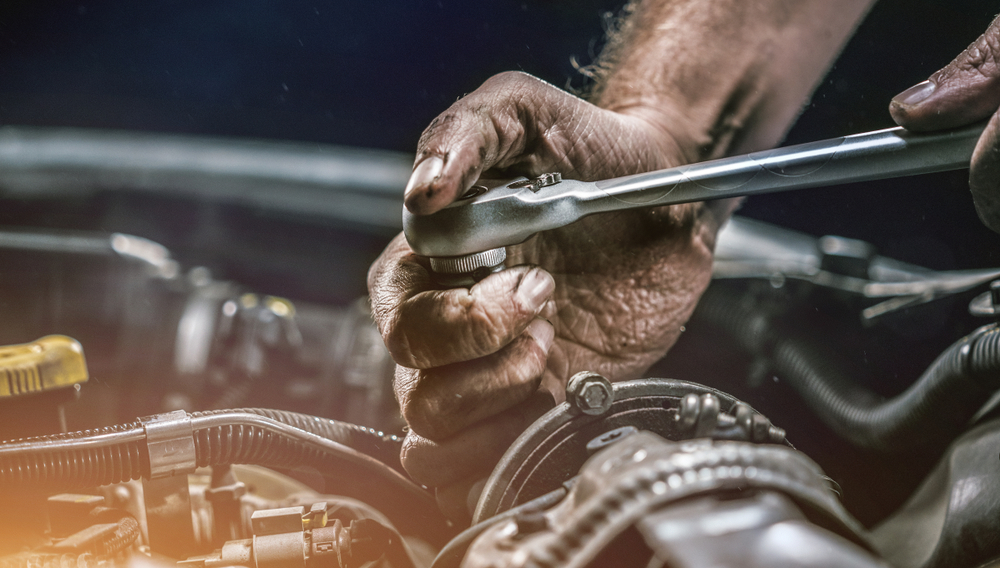 Do Misfires Go Away on Their Own?

You may notice that the misfire is intermittent or that it goes away on its own. While this isn’t unheard of, the misfire will likely come back as whatever is causing it is still a problem. It’s extremely rare for a misfire to disappear on its own and never come back.

Can a Misfire Ruin an Engine?

If a misfire isn’t dealt with quickly, it can cause major issues for your engine over time. In addition to losing power, getting worse gas mileage, and having a bad sounding engine, misfires can prematurely wear out engine components and – in the most extreme cases – cause engine failure.

If you suspect that you have an engine misfire, we’d recommend getting it sorted as soon as possible to avoid additional, more severe problems cropping up.

Engine misfires are no fun. You should treat them seriously and get the problem fixed to avoid further damage to your engine. There are many potential causes of engine misfires, and diagnosing the cause is often best left to the professionals.

The cost of fixing an engine misfire varies greatly depending on what’s causing it. You may be lucky and only have to spend a few bucks on a new spark plug. Or, you may have to shell out thousands of dollars on a head gasket replacement.

Regardless, burying your head in the sand will only make matters worse. Plus, it’ll cost you more money in the long run if you have to buy a new car.