Home › Knowledge Base › What Is Camber, and How Does It Affect Your Car?

If you’ve ever seen a car that has the wheels pointing outwards at nearly a 45° angle, you might have asked yourself, “How does that car manage to keep from tripping over itself?”

If you’re still not completely sure what camber is or why anyone would want their car’s tires to stick out like that, don’t worry. The article below will tell you everything you never realized you wanted to know about camber.

The camber angle has a tremendous impact on your car’s performance, affecting everything from wear and tear on the tires to how well the vehicle handles.

Why Are There Different Camber Angles, Anyway? 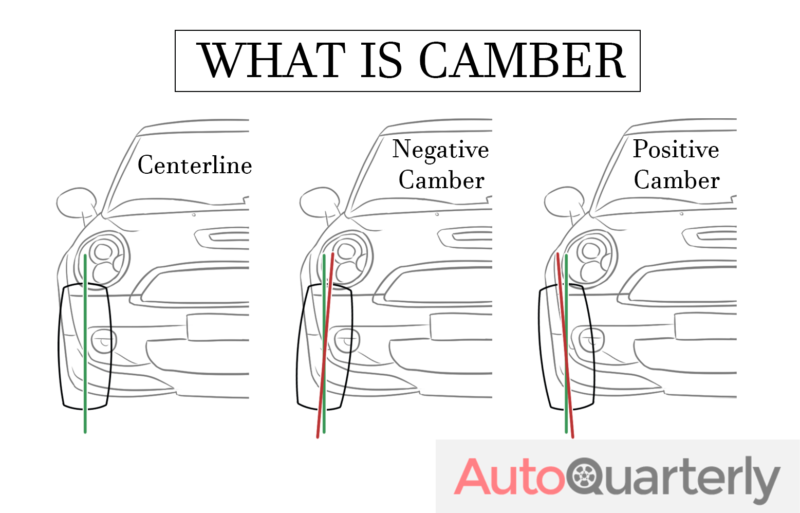 You may be asking yourself why this is a thing — after all, shouldn’t the wheels be perfectly perpendicular to the ground?

Actually, no — or at least, not necessarily. While zero camber would be the best option for straight-line driving or ensuring even wear and tear across the tire, it’s not necessarily the best choice for a variety of purposes.

When cornering, for example, negative camber is the best option. A tire with zero camber will roll towards its outer edge while taking a corner (because physics), and this could potentially cause the car to slide.

With negative camber, though, you’ll have better traction, allowing you to take sharp corners at high speeds without losing control.

Positive camber is a great choice for off-road cars, tractors, or any other vehicle that will have to navigate uneven terrain. This helps the vehicle traverse said terrain with minimal steering effort on your part.

Ideally, you’d be able to alter your camber angle on the fly to suit your purposes, but that’s not an option as of yet. That means you’ll have to pick the right camber angle for the type of driving you do most often.

It’s a simple fact: the more any part of your tire’s surface is in contact with the road, the faster it will get worn out (something about the coefficient of friction — again, it’s physics).

With negative camber, the inside of your tires will wear out more quickly, causing the entire tire to need replacing more often. What’s more, because negative camber can place more stress on your suspension, you’ll experience more wear and tear there as well.

As you might expect, positive camber will have the exact opposite effect. However, positive camber is fairly rare outside of agricultural vehicles or dedicated off-roading cars, so it’s less of a concern.

Also, it’s worth noting that positive camber is often used on vehicles that will support massive amounts of weight. All that weight then flattens out the tires, creating something close to zero camber. 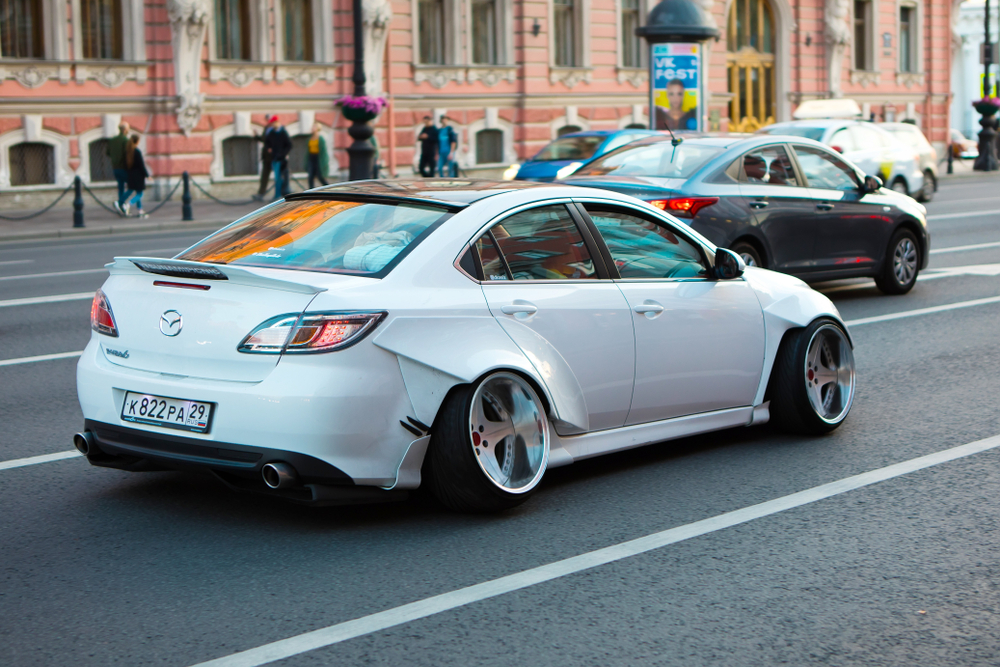 If you’re driving in a straight line on an even road, zero camber is ideal. This will keep the entire surface of the tire in contact with the ground, ensuring maximum traction.

However, when you have to turn, your momentum will naturally cause the car to roll towards the sidewalls. This reduces your tire’s contact with the ground, thereby also reducing your control over the vehicle.

Negative camber, on the other hand, will be less ideal for straight-line driving, as there will be less contact with the road.

When you’re making a turn, though, the negative camber angle will distribute the centrifugal forces through the vertical plane of the tire, maximizing contact with the road and giving you the best control possible.

How Much Camber Do You Need?

The amount of camber your car needs will mostly depend on what you’re using it for.

If you’re just doing regular old driving, chances are you’ll have a slightly negative camber. This gives you excellent control during turns without compromising your handling on straightaways.

However, if you’re a performance or race car driver, you’ll need more negative camber, as that will allow you to take corners at high speeds without losing control of the vehicle. For example, some vehicles have a camber angle of negative 1-8 degrees, which helps for racing.

If you’ve seen vehicles with extreme levels of negative camber — the ones whose tires tilt at nearly a 45° angle, like we mentioned previously — then it’s likely those cars are used for something called “stance.” When a vehicle is “stanced” this has no positive impact on the vehicle. Instead, it’s something that people in car culture use for styling.

Generally speaking, though, your car and tires will come with a factory-recommended level of camber. It’s probably best to stick to that, unless you have a good reason for deviating from it.

How to Change Your Car’s Camber Angle 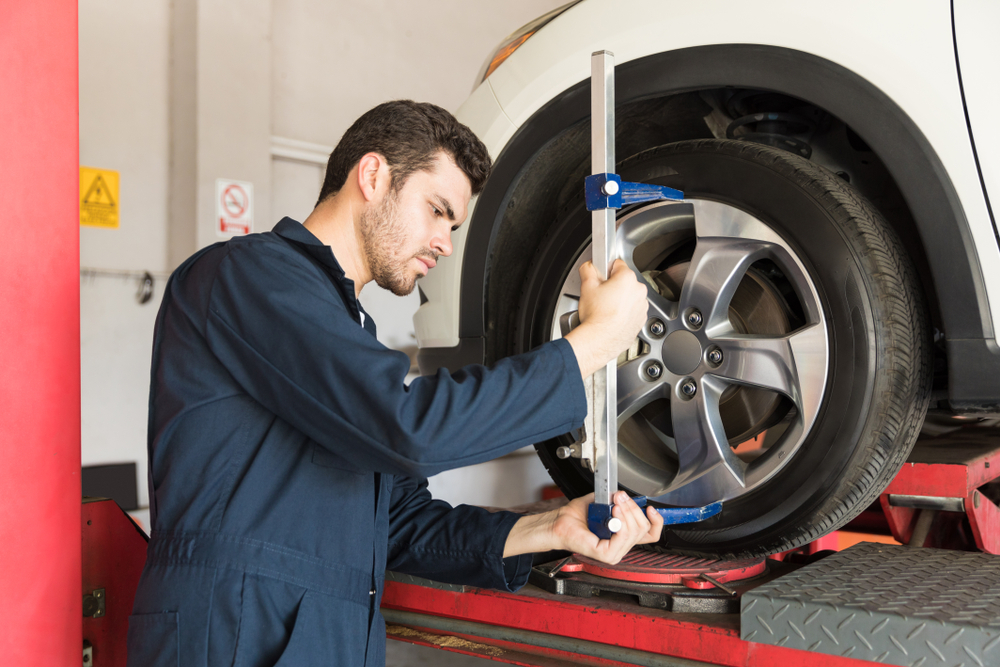 Unless you know what you’re doing, we recommend leaving any camber adjustments to your mechanic. If you screw things up, you could make the existing problem worse — or create new problems entirely, such as losing control during turns.

Also, it’s a bad idea to go outside your tire manufacturer’s specifications. If you want to set a camber angle that your tires can’t support, you should switch to more performance-oriented tires.

You’ll want to park on a flat surface so you can eyeball the camber. You’ll want to attach a camber gauge to the rims, then check the bubble on it to see if you’re within the tire manufacturer’s specifications.

Next, remove the tire so that you can access the upper control arm. You’ll then want to loosen the arm where it connects to the shock tower, and place a 1/32” shim inside for every 1/2° of camber that you desire. Once you’re finished, tighten the control arm and put the tire back on, then repeat the process on the other side.

If your car has a built-in offset bolt, you can ignore the above. Instead, loosen the non-camber bolts on the control arm with an impact wrench, and then loosen the control arm bolts. Then, simply push the tire in or out to set the camber adjustment angle. Once it’s where you want it, tighten the bolts. 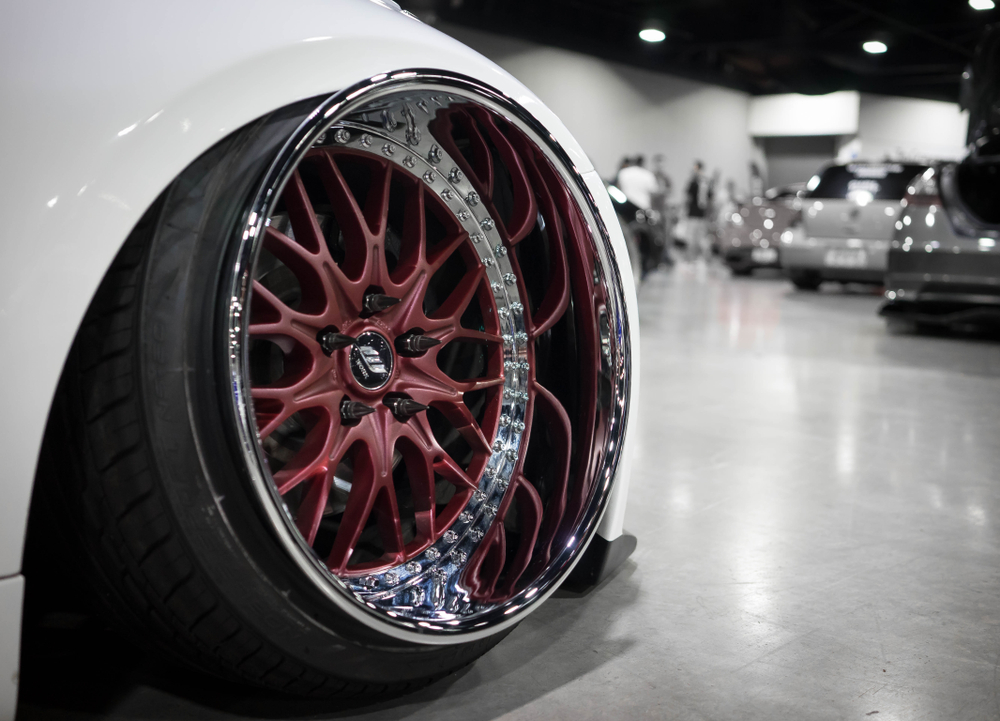 Camber angle is one of those small things that can have a huge effect on a car’s performance, so it’s wise to take it seriously — or at least understand what it is.

You may never need to set your car’s camber at some crazy angle, but now you’ll know where to look if your tires suddenly start wearing out way too quickly.

If nothing else, you should at least realize which cars you definitely do not want to challenge to a race — like that souped-up Kia Sorento you saw leaving the PTA meeting.