Home › Knowledge Base › What Is Overdrive and When Should You Turn It Off?

Modern cars have so many bells, whistles, and special features these days it can be dizzying trying to wrap your head around it all. But that’s exactly what we’re here for. So let’s get to wrapping by starting off with a couple of definitions of overdrive.

Overdrive has been used in cars for nearly a century now. It was developed as a way to allow vehicles to cruise at higher speeds while saving on fuel economy and reducing NVH (noise, vibration, and harshness) for a more pleasant ride that also results in less wear and tear on the car engine. It achieves this goal by allowing the engine to rotate at slower speeds than the car’s tires.

The reason they called it overdrive is that it works by providing the engine with a gear ratio of less than 1:1. For those who didn’t major in engineering, a gear ratio is a comparison of how quickly the powered gear (called the output gear) is rotating to how quickly the final gear in the chain (called the input gear) is rotating. For cars, this comparison is between the rotations per minute (RPM) of the engine and the RPM of the tires.

Each gear in your car’s transmission has a set gear ratio, with lower gears having higher ratios. The result is that lower gears provide more torque. More torque gives more “pulling power” and allows your vehicle to quickly get up to cruising speed or pull heavy loads. However, all of that torque comes at the expense of fuel economy and wear and tear on the engine.

Higher gears have lower ratios, with the highest gear or two most often having a ratio of less than 1:1. These overdrive gears improve fuel-efficiency and reduce engine vibrations through reduced RPMs while still allowing the vehicle to maintain high speeds. However, the vehicle will not be able to accelerate well or reach its top speed while using an overdrive gear. 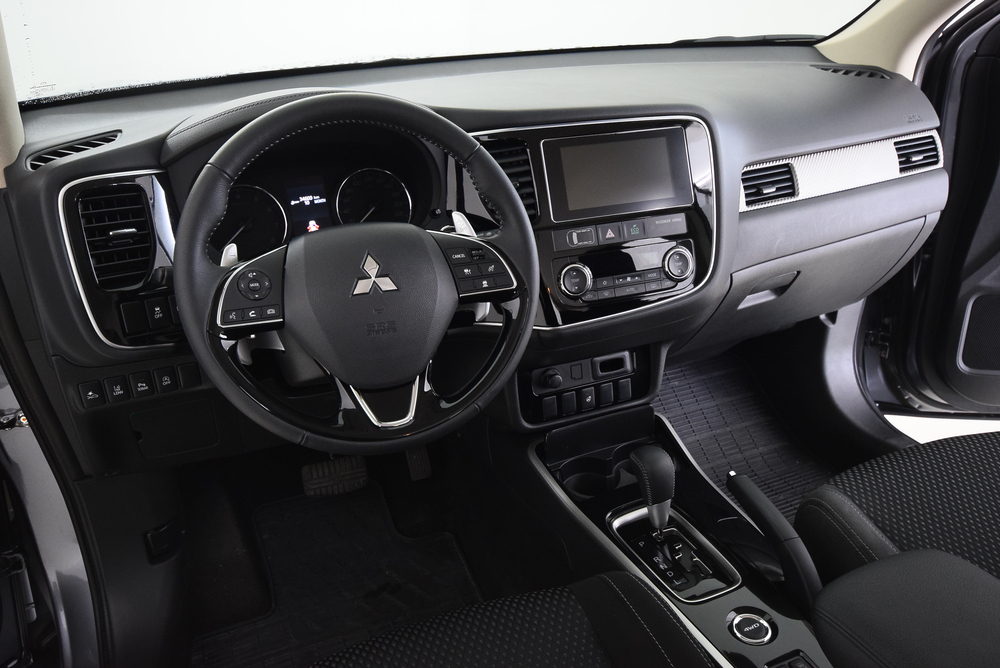 Which Cars Have Overdrive?

Overdrive was an automated feature available in many cars as early as the 1930s. To facilitate overdrive, a second gearbox was attached between the transmission and the driveshaft that would activate when the driver eased their foot off the gas pedal. This design remained roughly the same all the way up until the ‘80s.

Today, overdrive gears are built into virtually every car. Automatic cars will smoothly shift in and out of overdrive as the onboard computer determines which gear is best for the specifics of the given situation. When you step on your gas hard in an automatic and feel the car jerk forward in response—that’s overdrive being “turned off” as your transmission shifts into a lower gear to provide more torque.

Just for some perspective, here are the gear ratios for the 2021 Ford Mustang:

As you can see, the Ford Mustang’s 6th gear is its only overdrive gear with a ratio of 0.65:1.

Automatic and manual cars both have overdrive gears; however, automatic cars will often have a button they can use to toggle overdrive on and off, whereas manual drivers can simply shift into a lower gear for on-demand power as the situation requires.

When Should You Turn Overdrive Off?

Overdrive is typically turned on by default, and in most situations, leaving it on all the time is best. The benefits of overdrive almost always outweigh the drawbacks. Overdrive provides better fuel economy while also reducing engine wear and tear and making for a quieter and more comfortable ride. Its only downside is that it reduces how much torque your engine is outputting.

While modern automatic vehicles do a pretty fantastic job of switching to the right gear for most situations, there are times when you may want to ensure your vehicle doesn’t shift into overdrive gears.

One of the most common situations that warrants turning overdrive off is when going up or down steep inclines—especially if you’re towing or have a heavy load. Using lower gears while going downhill is very important as it helps your vehicle employ engine braking to take some of the burden off your wheel brakes, which are prone to overheating and getting worn out.

You also want overdrive off when you go to safely pass other vehicles. Typically, automatic cars will shift into a lower gear when you depress the pedal hard while cruising. But turning overdrive off will immediately shift the car out of its overdrive gears and provide you with more oomph to speedily pass someone, without having to worry about whether the computer decides to shift for you.

What About Manual Cars?

Both of the above cases hold true for manual drivers as well. Downshifting into a lower gear will allow your engine to output more RPMs and torque, providing a higher top speed than overdrive gears offer. Manual drivers don’t have to worry about an overdrive setting because they are in constant control of which gear they wish to drive in. Automatic drivers will want to figure out how to turn their overdrive setting off in case a situation arises that calls for lower gears on demand. 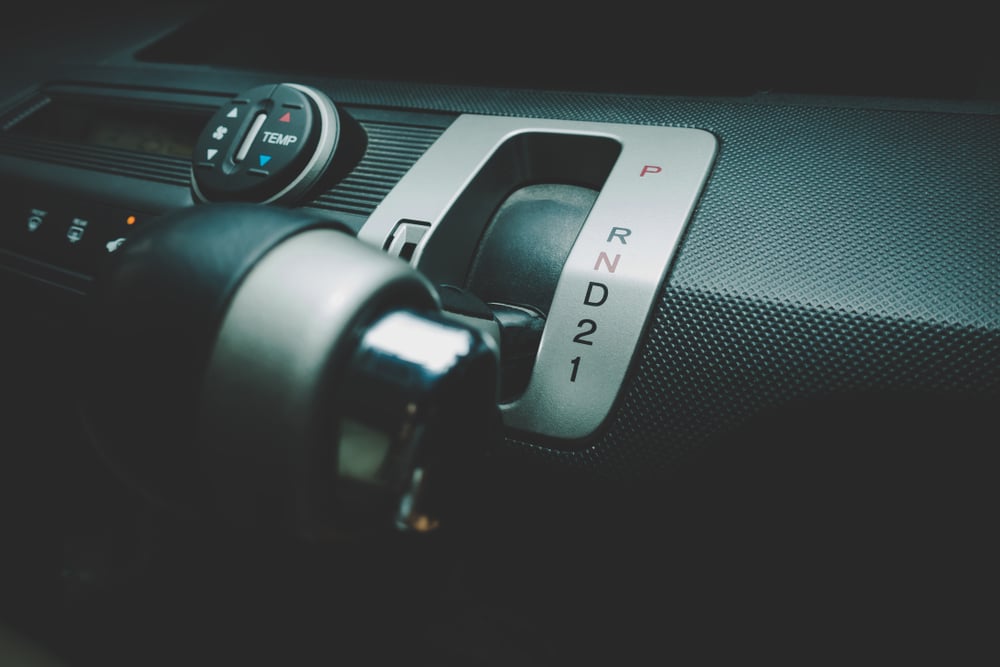 How to Turn Off Overdrive

Overdrive buttons can be found in various places (or not at all) depending on the make, model, and year of the vehicle. So we can’t tell you exactly where the overdrive button is for your car, but we can give you some tips that will help you find it.

Additionally, not all automatic cars will have an overdrive button. Many of them have a gear shifter (like in the picture above) with numbers on or with an L or Low setting at the bottom. These low gears serve essentially the same function as turning overdrive off by limiting your car to lower gears that aren’t overdrive gears.

There are also a lot of modern automatic vehicles that have paddle shifters that allow you to shift on demand out of overdrive gears.

Overdrive gears are your vehicle’s highest gear(s) that provide a gear ratio of less than 1:1. This lowered ratio allows your vehicle to maintain higher speeds while putting less strain on the engine.

Overdrive improves fuel-efficiency and reduces wear, noise, and vibrations for your vehicle’s engine and its passengers. Automatic car drivers may sometimes wish to turn their overdrive setting off for increased torque when traversing steep hills or attempting to pass someone at high speeds.

Now that you’re an expert on that one button in your car, it’s time to crack open a beer and call it a day.