You probably don’t think about the charcoal canister in your car. They rarely go bad, and even when they stop working, it can be difficult to tell. Unfortunately, that means you will usually find out when your car is inspected, and that can cause a shocking extra expense.

In this article, we will look at what a charcoal canister, or EVAP canister, does. Then we’ll tell you what happens when they fail and get you on the path towards replacement.

What Is a Charcoal Canister?

The charcoal canister itself is a very simple device. It’s a plastic box full of activated charcoal that the gas tank vents through. The charcoal captures the fuel vapors mixed into the air to prevent them from being released into the atmosphere.

Problems with the charcoal canister are often problems with the evaporative system as a whole, so it’s important to understand all the pieces if you are trying to diagnose an issue.

Parts of the EVAP System

EVAP, or the evaporative emissions control system, helps our air clean by making sure that fuel vapor doesn’t end up in the atmosphere. It does that using a series of sensors, valves, vacuum-actuated solenoids, and a bunch of tubing.

There are four main components in addition to the charcoal canister.

The shape of the gas tank itself is a very important part of the EVAP system. On modern cars, the gas tank is sealed to the outside world. That’s why it’s so important to screw your gas cap all the way.

We know, though, that you can’t suck the liquid out of a sealed container; there has to be air to displace the missing liquid. If you’ve ever tried to pour water out of a large container that only has a very small hole, you’ve witnessed this in action. The water doesn’t flow well until you create a secondary vent hole.

That means that occasionally you have to let air into the gas tank. That’s done using the vent solenoid.

Near or on the charcoal canister is a small valve that opens to the outside world. Since the air is flowing into the gas tank, there’s no risk of releasing gas into the environment.

On older cars, the vent solenoid is operated by vacuum. When the engine is running, it draws a vacuum, and the pressure difference between the engine vacuum and the vacuum inside the tank can operate the air valve. That lets air into the tank, and the valve will close as soon as the pressure normalizes.

However, modern cars use a computer and sensors to handle everything.

There are a variety of sensors in the gas tank and around the gas tank that are constantly measuring conditions like temperature, vacuum, and flow rate. These sensors feed information to the car’s computer, called the powertrain control module or PCM, and the computer calculates the optimal to open the vent and/or purge the system.

When the valve is open, the vacuum created by the intake manifold draws the captured fuel vapor into the motor, and the process can begin again.

Problems That Can Occur

When a charcoal canister or any part of the EVAP system begins to have issues, there are a few main culprits. If you have to diagnose an issue, it’s important to note that any of these issues will cause the same symptoms since they are all part of the same system.

Valves are mechanical components with moving parts, and unfortunately, moving parts will eventually wear out and break. That makes this issue one of the more common problems that can occur. The purge valve or vent can fail to close completely or get stuck closed, and that will cause the sensors to tell the PCM that there is an issue.

You can read more about a broken purge valve in our article here.

Another common issue is a broken part. Charcoal canisters, electrical connectors, and vacuum line fittings are made of plastic. Over time, plastic can become brittle and break. If the valve is not receiving the signal to open, they won’t, and the system will not work correctly.

Sometimes the break can occur before the canister on the vent side. This can be a difficult problem to notice because there won’t be any symptoms unless the car is new enough to have a sensor dedicated to checking for the issue.

The Canister Is Saturated or Clogged

The canister can also get clogged with debris. Especially if you regularly use lower quality gas or if other problems have occurred to the gas tank like rust or contamination. It’s incredibly rare on modern cars, but if you are driving a vehicle from the 1980s or later, it’s something to keep in mind.

Symptoms of a Failing Charcoal Canister

There are two main symptoms of a bad charcoal canister and a handful of less noticeable symptoms.

If your vehicle is OBD2 equipped, meaning it was manufactured after 1996, then it will have the ability to warn you about potential issues using the check engine light. When the PCM detects an issue with the EVAP system, it creates a trouble code.

You can check for codes using a scan tool like the ones we recommend here. The codes associated with the EVAP system are as follows.

There are some other codes concerning detected leaks, but those vary and can have multiple causes. For instance, the P0442 code can mean that there is an issue with the canister, or it can mean that your gas cap isn’t tight enough.

This symptom is probably the most common way people find out their charcoal canister is damaged. In states that require an annual inspection, the information will be pulled off the computer showing that the EVAP system is not functioning correctly.

In some cases, they will test the system using the test port near the purge valve. This is a necessary test on cars that do not have a modern PCM.

The inspection place will usually be able to give you more information and guidance on how to proceed if the test fails.

There are a handful of other symptoms you might notice, though they are harder to notice than the check engine light.

Is It Dangerous to Drive With a Bad Charcoal Canister?

The majority of the danger that comes from a bad charcoal canister is to your bank account. If your car fails inspection, there can be additional registration fees or other fines.

There is a minor risk of damage to other engine components because of a prolonged vacuum leak. You will notice other, worse symptoms before that can occur, though.

How to Replace the Charcoal Canister 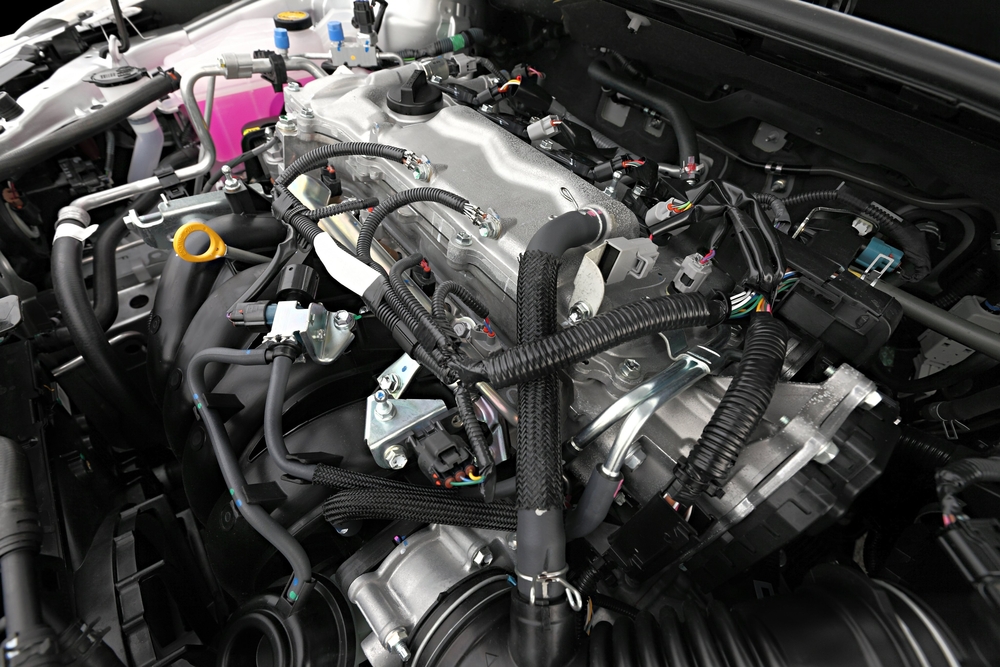 There are two ways to proceed if you are having an issue with your EVAP system. The first is to replace components yourself. Depending on your car, it may be as simple as disconnecting the old one and installing the new one.

Otherwise, you’ll have to take the car into the shop.

You can save a little money by replacing a bad charcoal canister yourself. On many cars, you will only need simple hand tools to perform the service.

You will need to read a shop manual or find other information concerning your specific make and model because every car is different. However, there are a handful of universal steps.

The amount you will have to pay a mechanic is directly correlated to how much stuff is in the way. On average, the replacement part will run between $100 and $500. On a simple car with an inexpensive canister, you may only need $150 to perform the service.

On a more complicated car where the canister is located in a hard to reach spot, you may have to pay for a few hours of shop time. That brings the total cost to $500 or more, even if the canister is relatively cheap.

Don’t be afraid to get quotes from multiple shops. It’s a simple process, and a shop that is more specialized in dealing with fuel systems can often perform the task much faster and cheaper.

The worst part about a broken EVAP canister is that you probably won’t notice until a person with an inspection card is telling you that things don’t go well. If you don’t want to feel called out like that, we hope you can use this guide to help diagnose the issue before inspection day.