This article will focus on the key symptoms and common causes of a bad engine control unit. We’ll also take a look at how much it costs to repair or replace the control unit.

What Is an Engine Control Unit? 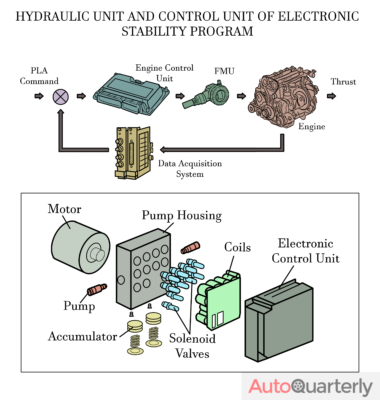 An engine control unit (ECU) — also commonly known as an engine control module (ECM) — is a piece of hardware that consists of various electronic components. You can think of it as a small computer; it has a printed circuit board and runs software.

The ECU listens to various engine sensors for information about how well the engine is operating. It processes the data and makes adjustments based on the current situation to ensure that the engine runs optimally, both in performance and efficiency.

How Does an Engine Control Unit Work?

An engine control unit is preprogrammed with various instructions, such as how much fuel should be injected into the engine based on the current conditions. It knows everything about your car, including how fast it’s traveling, how far the accelerator is depressed, and the engine’s temperature, among other things.

If something isn’t quite right, the ECU will make adjustments. For example, the MAF sensor tells the ECU how much air is entering the engine. The ECU calculates how much fuel is needed to achieve the correct air-fuel ratio based on that data. The ECU then tells the injectors to inject the right amount of fuel into the cylinders. This prevents the engine from running too rich or too lean.

If it can’t make adjustments for whatever reason, the check engine light (CEL) will illuminate on the dashboard, warning you that something is wrong. You may also experience other symptoms, which we’ll look at in the next section.

What Are the Symptoms of a Bad Engine Control Unit?

Lots of problems arise when an engine control unit goes bad. It’s not surprising, considering the ECU is the brains of an engine.

The symptoms listed below can be caused by other problems, so don’t just assume that your ECU is faulty if you have them. Always diagnose the root cause to be sure it’s a problem with the ECU and not something else.

The most common symptom of a bad engine control unit is an illuminated check engine light. It’s important to note that any malfunctioning engine component can trigger the check engine light, so it’s not always directly caused by a faulty ECU. 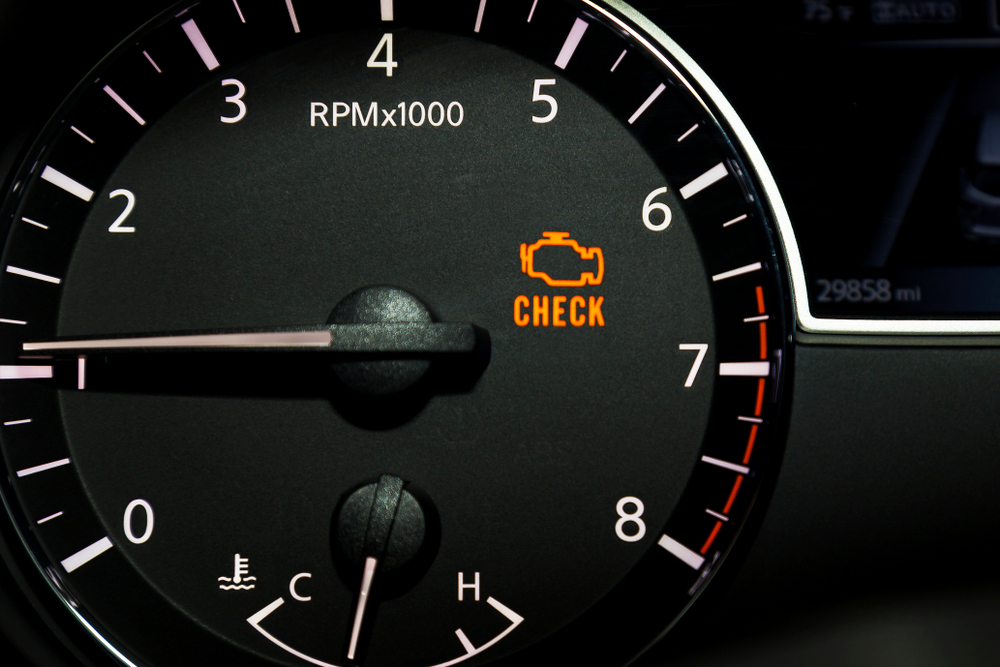 A bad ECU can cause the engine to stall or misfire. That’s because it controls the entire combustion process. It can cause the spark plugs to not fire or the injectors to not inject fuel, resulting in stalling and misfires.

The engine may only stall or misfire when pressing the accelerator as that’s when it needs more fuel. You’ll be able to hear the engine misfiring, and you should feel the car vibrating, especially when accelerating.

There are many potential causes of your car not starting, from a dead battery to a faulty starter motor. A bad ECU can also cause your car not to start.

The good news is that you can find the cause through the process of elimination. There are also some telltale signs of what’s causing your car not to start, which you can find in this article.

The ECU controls how much air and fuel enters the engine for the combustion process to occur. If something is wrong with the ECU, it may tell the injectors to inject too much or too little fuel, resulting in reduced engine performance.

This drop in performance will be most noticeable when accelerating. Your car won’t get up to speed as quickly as usual, and it may also splutter or jerk as you drive.

Poor fuel economy can be caused by a bad engine control unit. If the ECU injects too much fuel into the cylinders, the engine will run too rich. Some fuel will not be burned properly, meaning it’s wasted.

You can check your fuel economy by looking at the mpg trip odometer on your dashboard. If you know what mpg figures your car normally gets, you’ll be able to see the difference. You can also compare your current mpg readings with your vehicle’s typical values to see if there’s any difference.

What Causes an Engine Control Unit to Go Bad?

You know what an engine control unit is and what it does. You know the symptoms of it going bad. What about the actual causes?

In this section, we’ll look at the most common causes of an engine control unit going bad.

An ECU is a sealed unit with delicate electronic components inside, similar to a computer. The control unit is typically located in the engine bay and is exposed to a lot of heat, dirt, and moisture.

Car manufacturers thought about this, so they placed the ECU in a protective case with seals to stop any dirt from getting in. That solution isn’t 100% effective, though. Over time, moisture can get into the control unit and cause corrosion to the electronics, rendering them faulty.

If your laptop gets wet, it’ll break. The same thing applies to the ECU. Corrosion and moisture can cause the ECU to go haywire or not work at all, resulting in some of the symptoms listed in the previous section.

Poor grounding can cause all kinds of electrical problems with your car, including engine control unit failure. Poor grounding can be caused by something as simple as a loose connection to the car frame or the engine block.

Loose connections are easy to fix; you just need to retighten them. In the case of corrosion, the connections will need replacing.

As with poor grounding, wiring issues can cause massive electrical problems. If the wiring harness is corroded, or there are breaks in the internal wires, the ECU can short circuit. Fuses can also blow, so it’s worth checking them out too.

Bad wiring can also stop the ECU from receiving the correct signals from various components. This means that the engine control unit itself might not be bad, but rather the information it receives is wrong.

Finding the wiring issues can be very tricky as there are thousands of individual wires all over your car. The wiring harness is like your car’s central nervous system; if something is wrong with it, everything goes out of whack. 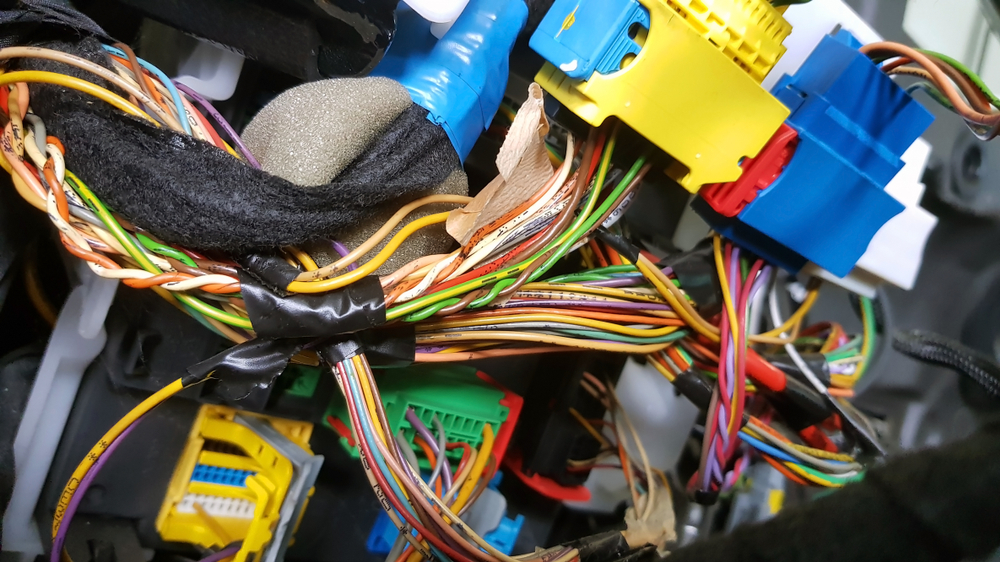 What sort of costs are you looking at for an ECU replacement? How much you have to shell out will depend on how damaged the ECU is. You may get away with a simple repair and reprogram, or you may need a brand new ECU.

If you’re not 100% sure whether the engine control unit has gone bad, you’ll need to take it to a garage for an inspection and testing. A garage will charge you anywhere from $150 to $300 for this.

Bear in mind this cost isn’t for repairing the ECU; it’s merely for diagnostics and testing.

After having your ECU tested, the garage may determine that the ECU can be repaired and reprogrammed. In that case, you won’t need to fork out significant sums of money; however, you can expect to pay between $300 and $750 for ECU repairs.

If your engine control unit is toast, you’ll need a new one. Some people opt for a cheaper second-hand unit as it can save them a lot of money compared with buying a brand new ECU.

You’ll also need to factor in the cost of reprogramming and fitting the ECU to your car. While you may pay just $50 for a second-hand ECU, the costs of fitting and reprogramming can be five times as much or even more.

A new ECU is going to cost the most as you’ll be paying for a brand new part, reprogramming, and fitting costs. If you decide to purchase a brand new ECU, you can expect to pay anywhere from $1,000 to $3,000 and potentially a lot more. It all depends on your vehicle’s make and model.

Diagnosing a bad engine control unit can be a difficult task, and in many cases, it’s best left to the professionals. That said, you may want to carry out your own diagnostics if you’re good with cars.

Below are some of the things you can do at home to diagnose a bad ECU.

Visually Inspect the ECU for Damage

Open your engine bay and locate the ECU. A quick Google search will tell you where it is if you’re not sure. Visually inspect it for corrosion; if there is corrosion, it’s likely got moisture inside, and it’ll need repairing or replacing.

We wouldn’t recommend opening the unit up, but you can check the guts to see what state it’s in. You can also check the seals to see if they’re worn. You should visually inspect the wires, particularly the ground wires, for corrosion or a loose connection.

While a visual inspection won’t spell out what’s wrong with the ECU, it can be a good indicator that it is an ECU problem and not something else.

Scan for Error Codes With an OBD II Scanner

OBD II scanners are great for finding problems with your car. An OBD scanner connects to your car’s engine control unit and reads any logged error codes. If the ECU is bad, you may see a handful of error codes relating to short-circuiting or another common ECU error.

Some error codes may appear completely unrelated to the engine control unit at first glance. That’s because they might be for other issues, such as fueling or airflow.

If the control unit is bad, it may tell the injectors to inject the wrong amount of fuel. This problem can cause an oxygen sensor to log a code with the ECU. While the code is related to the oxygen sensor, it’s not directly caused by a faulty sensor but rather a defective ECU. 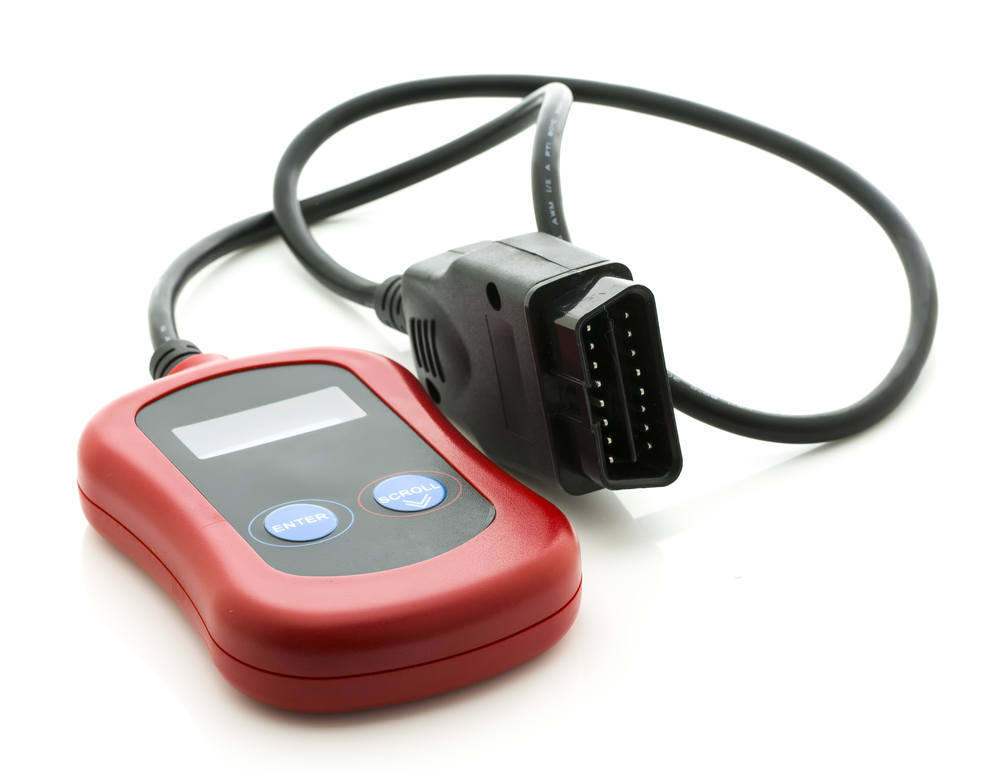 Test the Wiring Harness With a Multimeter

A bad engine control unit can wreak havoc on your car. If you’re lucky, you might only experience poor fuel economy. If you’re unlucky, your car might not even start. To fix the issue, you may only need to spend a few hundred bucks on getting it repaired and reprogrammed, whereas on the other end of the spectrum, you may need to fork out thousands of dollars on a new ECU.

Electrical components in a car are more complex than mechanical parts. While changing a spark plug is a relatively easy job that anybody can do at home, diagnosing and repairing an engine control unit is much more challenging. If you wouldn’t take your laptop apart to fix it, don’t try it with your ECU. Instead, go to a reputable garage and let the professionals take a look.