It’s fair to say that the automatic transmission is one of the most significant developments in automotive history. It helped make driving a car something that is accessible to everyone, and nowadays, over 90% of all new cars are automatics.

Unfortunately, they are really complicated. It can be a nightmare if they have issues, and the fact that there are very few inexpensive parts on a transmission simply salts the wound. Fortunately, with some planning and research, you won’t be caught off guard by anything and can prevent the situation from getting worse.

In this article, we’ll be talking about the transmission valve body. We’ll go over what it does, what happens when it’s failing, and how to fix it. That way, you can make decisions concerning your automatic transmission with more confidence.

What Is a Transmission Valve Body?

What it is, though, is the brain of the automatic transmission. It even looks like a brain, with it’s maze-like “cortex.” There are a bunch of valves contained in the body, hence valve body, that direct fluid through the maze. These fluid direction changes are what control the gears in the transmission.

There are two main flavors of control valve body, and they operate slightly differently. You may hear transmissions referred to by the type of valve body they use. A common older transmission is the Turbo Hydraulic 700r4, referring to the pressurized hydraulic valve body. It was replaced by the 4l60e. The “E” stands for electronic valve body. If you have ever driven a variety of Chevy trucks, you’re probably already familiar with the differences between the two technologies.

Older transmissions are purely hydraulic. The fluid inside the transmission is under pressure, and you open and close the hydraulic valves by physically moving the gear selector. As soon as a valve opens, the fluid can travel since it’s under pressure.

These types of valve bodies have to be much simpler than their electronic counterparts because you have to be able to mechanically link all the valves together. Usually, these transmissions are limited to 3 or 4 speeds. Every gear adds a layer of complexity, and at some point, it’s simply too complex for manual valves to keep up with.

Most modern cars use electric motors to open and close the valves. When you move the gear selector on these modern transmissions, a signal is sent to the transmission control module (TCM), and the TCM directs the motors to open certain valves.

Just a note; an electronic valve body is hydraulic as well. It simply uses electronic valves instead of manual valves to move hydraulic fluid, so we use “electronic” as the distinguishing feature that differentiates the valve types.

In addition to directing fluid and controlling the transmission, the valve body is also the mounting point for all the transmission-related sensors. Depending on your vehicle’s age and complexity, there could be between one and six different sensors that all monitor your car’s performance.

These sensors feed information to the powertrain control module (PCM), and help ensure that your car is running as efficiently as possible. We have an article about TCMs and PCMs here.

Symptoms of a Failing Valve Body

A failing valve body will present itself in a few areas. We’re going to take you through them all; so no surprises.

When you move from park to reverse or drive, the car should be ready to move instantly. If there is a two-second or more delay, you may be having an issue. This is usually the first sign that a valve body is malfunctioning.

Sometimes a valve body will experience a partial failure, which means that you may have issues going into reverse, but be completely fine going from park to drive. The best thing to do is make a note when the issue happens and see if you can find a pattern. A malfunctioning valve, or a valve with a partial failure, will consistently have issues; it won’t just be something that happens every so often.

While you are driving down the road, your car should shift fluidly and quickly. There should be a slight drop in RPM right before a gear change, and the new gear should match the speed of the vehicle.

Any deviation from that formula may mean the valve body is having an issue. If your car shifts when it’s not supposed to, or the RPMs climb instead of drop between shifts, or there is clunking and jerking while shifting, you are experiencing abnormal operation and the valve body is suspect.

Unusual noises are almost always a sign that something is wrong with your car. If the valve body is failing, you may hear loud clunks when gears engage. You might also hear an unusual knocking from below your feet.

Clunking alone is not an indicator of a valve problem. In fact, a bad transmission mount or u-joint is much more likely to cause clunking. However, if you notice the clunking in addition to other symptoms, it can help narrow the issues down.

The check engine light illuminates when the PCM detects a fault. You can scan the PCM using an OBD2 reader, like one of the ones we recommend here, and read the trouble code to find out what issue was detected.

An issue with the transmission valve body will usually present as a PX7XX code. Codes like the P27XX series deal specifically with transmission electronics, while the P07XX codes are more likely to be sensor issues.

Why Do They Fail?

There are two common failure points on the valve body: faulty electronics or mechanical failure. When it comes to cars, and things going wrong, it’s usually one of these issues.

Anytime electronics are involved with a system, there is a chance that they can fail. Unfortunately, computers just can’t last forever, and if they fail on your transmission, it will cause the valve body to malfunction.

The good news is that the electronics packages on a valve body are cheaper than the valves themselves, so you can sometimes save money on the parts. The bad news is that they are harder to diagnose, so you will probably spend that money on labor.

The rarer issue that a valve body can have is a mechanical failure. There are a variety of seals and guides that keep the valves seated properly. If they crack or get displaced, it will cause the fluid to enter areas uncontrolled.

The good news is that a valve body itself is very difficult to damage. That means that even if the seals fail, you don’t have to replace the entire body, just the seals.

Is It Safe to Drive With a Failing Valve Body?

If you have mild symptoms, it’s generally safe to operate the vehicle. If you can isolate the worst symptoms, you should avoid those scenarios, but it is very unlikely that the transmission will simply fail outright.

However, the symptoms are only going to get worse over time. If the symptoms get bad enough, you may risk damaging other parts of the transmission. Rebuilding a valve body is expensive enough; you don’t want to add an entire transmission rebuild to the bill. It’s best to let a transmission expert take a look if you suspect an issue. 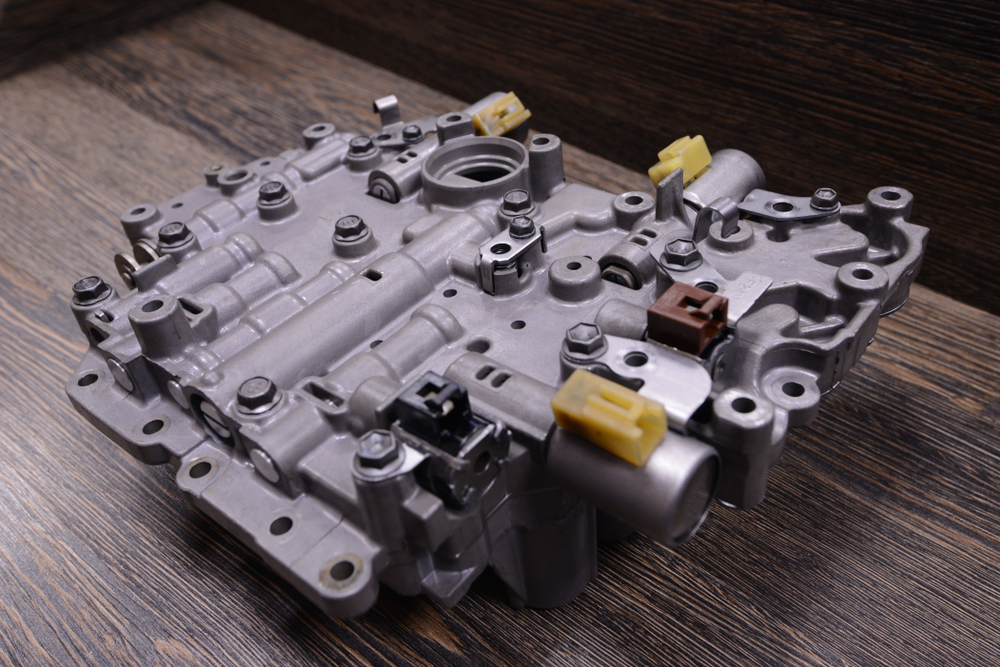 If you suspect your transmission valve body has failed, there are a lot of options available to you. The best thing you can do is talk to a transmission shop. You don’t have to commit to any work, but they will be able to give you the most relevant advice concerning your specific vehicle and transmission.

There are three common routes, and we’ll discuss each one briefly, so you know what to ask when you talk to the shop. Because automatic transmission work is highly technical and requires a lot of specialized tools, we are going to assume that you probably won’t be doing this yourself. If you are doing it yourself, you probably don’t need us to tell you what to do, and we can only wish you godspeed and good luck.

A lot of automatic transmission issues are caused by dirty or low fluid. In fact, many of the symptoms of a faulty valve body are identical to the symptoms of low fluid levels. We have an article about transmission fluids here, and another one about additives here. You may be able to save a lot of money and headache if it’s simply a fluid issue and not a body issue.

It’s sometimes possible to repair broken components that are on the outside of the transmission or the valve body. If sensors are broken or valve control solenoids are failing, they can usually be accessed without removing the transmission from the vehicle. That’s great news if you fall into this category because it means you won’t have to spend too much.

A sensor is rarely more than $20, while some parts can be more than $100. It’s rare to need more than $200 for the parts, though, and most shops will be able to complete the work in under two hours. That means your total will be between $300 and $500 in most areas.

The simplest way to solve an issue with the valve body is to replace it entirely. That’s the most expensive option, both in parts and labor, but it’s the only way to guarantee that there won’t be any other issues.

Often, the transmission has to be removed from the car to properly service the valve body. That means it’s best to take your car to a specialized transmission shop to ensure the fastest service possible. You can expect to pay more than $200 for the part and upwards of $500 for the labor.

Always shop around to get the best deal. Your local dealer may have access to specialty parts and cost-saving tools, so even though they are usually more expensive, it’s worth it to ask when transmissions are concerned.

Many transmission shops can rebuild the broken valve body on your vehicle. It does require removing the old valve body, so the labor cost is similar to simply buying a new one. However, the parts cost is a lot lower.

You can expect to save around $200 if you choose to have your old valve body rebuilt. You may not want to have a body rebuilt if you have an older car, though, since there might be other parts that are ready to fail. The same wear and tear that broke the valve seals can affect other areas as well. You can weigh the pros and cons by going to this website.

Driving comfort is usually one of the most important features of a modern vehicle, which means if you aren’t comfortable, you’re getting ripped off. Transmission issues are definitely a cause of discomfort, so we hope you can use this guide to get back on track.